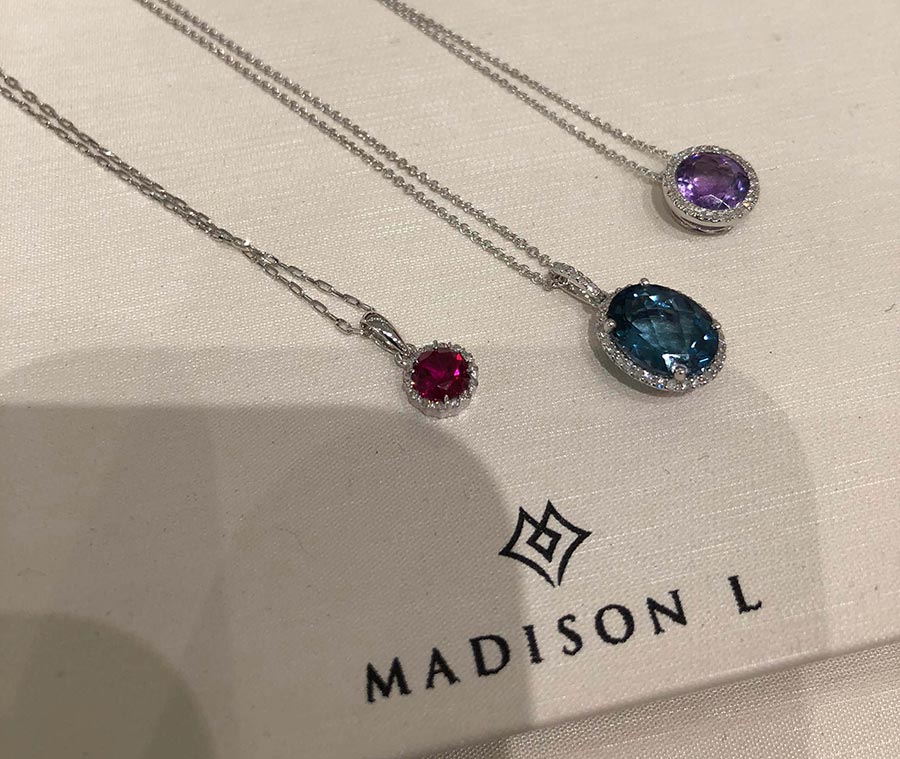 The concept of birthstones as a means of expressing individuality have been around for centuries. The first mention of twelve distinct stones used to represent months can be found in the book of Exodus Moses had a brother Aaron, who wore a ceremonial breastplate adorned with four rows of three precious stones to represent the 12 tribes of Israel. The idea of these 12 stones eventually came to represent the 12 months. In Tibet, the notion of birthstones and each person having a specific colored gem divinely connected to their birth date dates back over 1000 years. In 15th century Eastern Europe, where the tradition of birthstones was widespread, wealthy people would often wear a complete set of 12 birthstones, believing it would bring luck for the year. 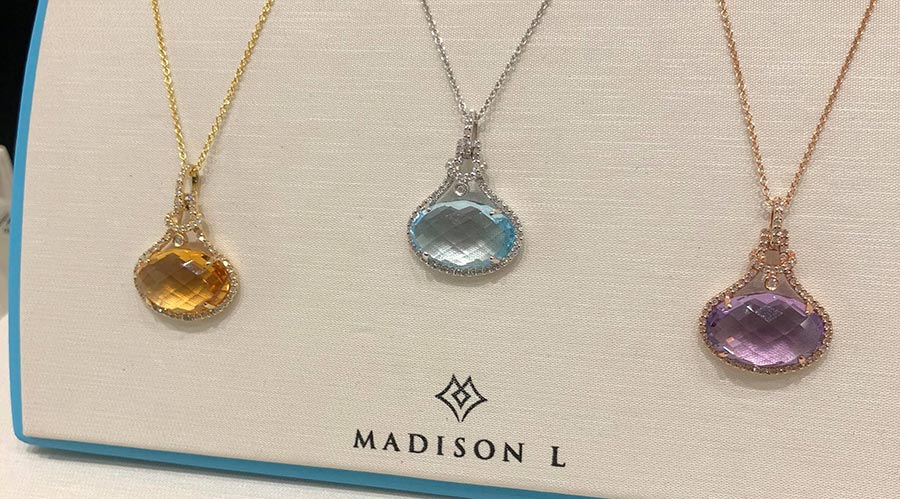 Today, people wear birthstones both as a means of expressing something personal for themselves as well as wearing stones to represent people they love. At Gerald Peters, the Madison L collection takes the tradition of birthstones and incorporates them into modern pieces that are perfect for expressing something unique about yourself or someone you care about. This collection is a great way to wear something beautiful to represent yourself, your children, your parents, or loved one.

Here's a look at each stone and some of the symbolism from each in the original Gregorian poem:

January: represented by the red garnet. In the original poem, January and the garnet symbolize constancy, true friendship and fidelity.

February: represented by the purple amethyst. Amethyst and February is believed to be associated with sincerity and peace of mind.

March: represented by pale blue aquamarine. The poem cited this month and stone to represent wisdom and bravery.

April: represented by diamond and has been noted to represent purity and innocence.

May: represented by green emerald, it was said that those in May and emerald would always be loved.

July: represented by the red ruby, the ruby for July was said to represent freedom from anxiety and doubt.

August: represented by the green peridot. August peridot wearers were said to have a life full of love and to never be lonely.

September: represented by the sapphire. Sapphire for September was believed to represent mental clarity.

October: represented by pink tourmaline. It was believed that October's stone wearers would always be hopeful and full of joy.

November: represented by amber colored citrine, was said to be a symbol of true love and true friendship.

December: represented by the bright blue topaz and was meant to bring success and good fortun