Anthony and Emanuela met each other through family members- Anthony's nephew was dating Emanuela's best friend. After getting to know each other through their mutual connections, it became clear that their connection was something special. They've been dating for four years now.

The Perfect Proposal, according to Emanuela: 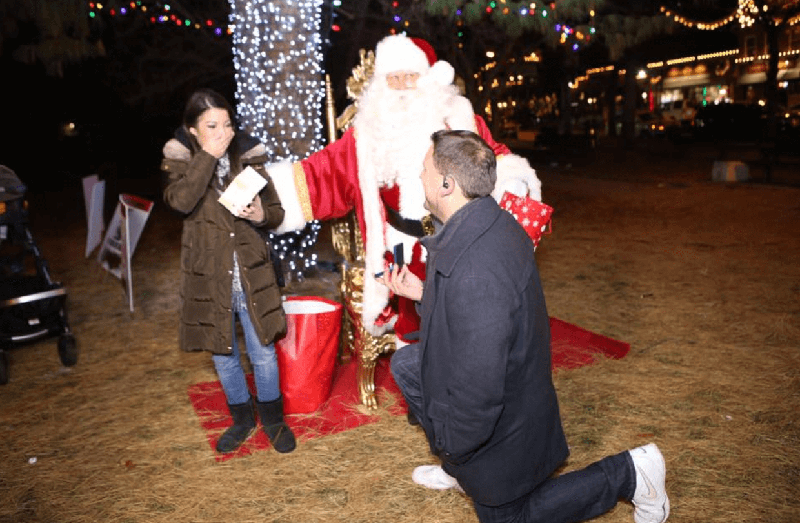 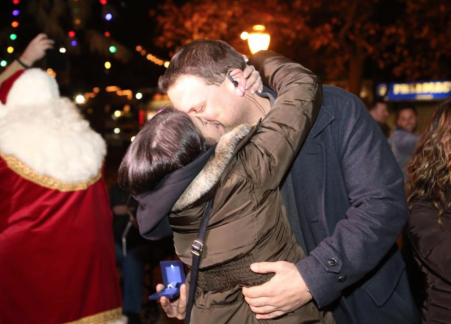 a tree lighting like every other year. After the event, his family's tradition is to take pictures with Santa (Anthony's brother) and then give "the first gift of Christmas" which is usually given to a kid. This year, I was the gift recipient- Anthony gave me a Snow Baby, which I collect, that said "Will you be my happy ending" on it. Before I could even look up, Anthony was down on one knee with his friends holding up a giant lit sign that said "will you marry me." Of course as he asked, I said yes and couldn't have been happier.

The tree lighting always attracts at least 700 people and Anthony wanted to propose in front of EVERYONE, but thankfully he waited until after the event when it was just our friends and family because he knows I hate being 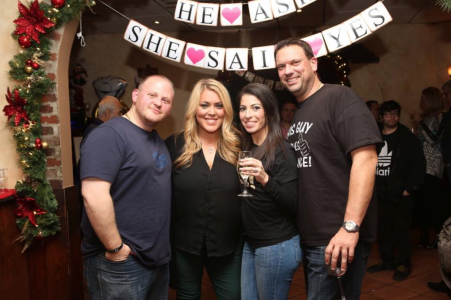 the center of attention. It was such a perfect moment. I still cry every time I watch the video. After he proposed, we all went out to his nephew's restaurant, Giovanni's Trattoria, to celebrate.

Somehow, I had absolutely no idea this was coming. I think everyone knew about it. Anthony brought a big group of family with him when he picked out the ring so they were in on the surprise for a long time. He asked my father about a week before it happened and my family was so excited but managed to keep it a secret too. It's actually very surprising that no one gave it away because literally everyone knew but I was so surprised."

Anthony knew Emanuela was not picky when it came to rings- her only preference was that the stone be radiant cut. He was a nervous wreck about making sure she would like it and brought a crew with him to help with this big decision. With the help of his crew and Gerald, he picked a stunning radiant cut diamond, and had Gerald Peters create a custom platinum Sylvie ring with pavÃ© diamonds at every angle and Emanuela "couldn't ask for anything more." 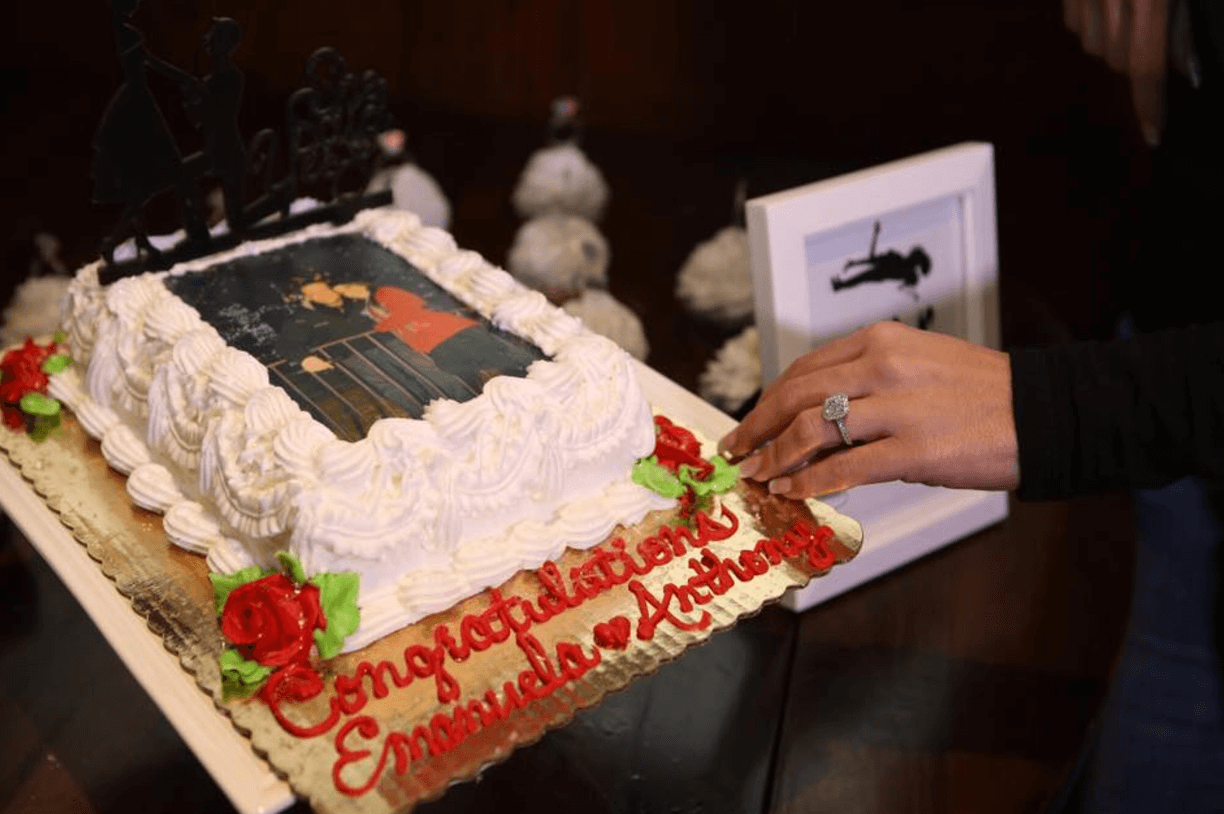 It turns out that the proposal was not the only surprise Anthony had in store- before he even proposed he had the wedding date and the Church already booked for April 2018. Emanuela and Anthony had previously seen the venue together, so Anthony got a jumpstart on the planning for them! Since the most important part of the wedding planning is already done, the pair is waiting until after the holidays to plan any more details and will enjoy this Christmas as their first engaged holiday. 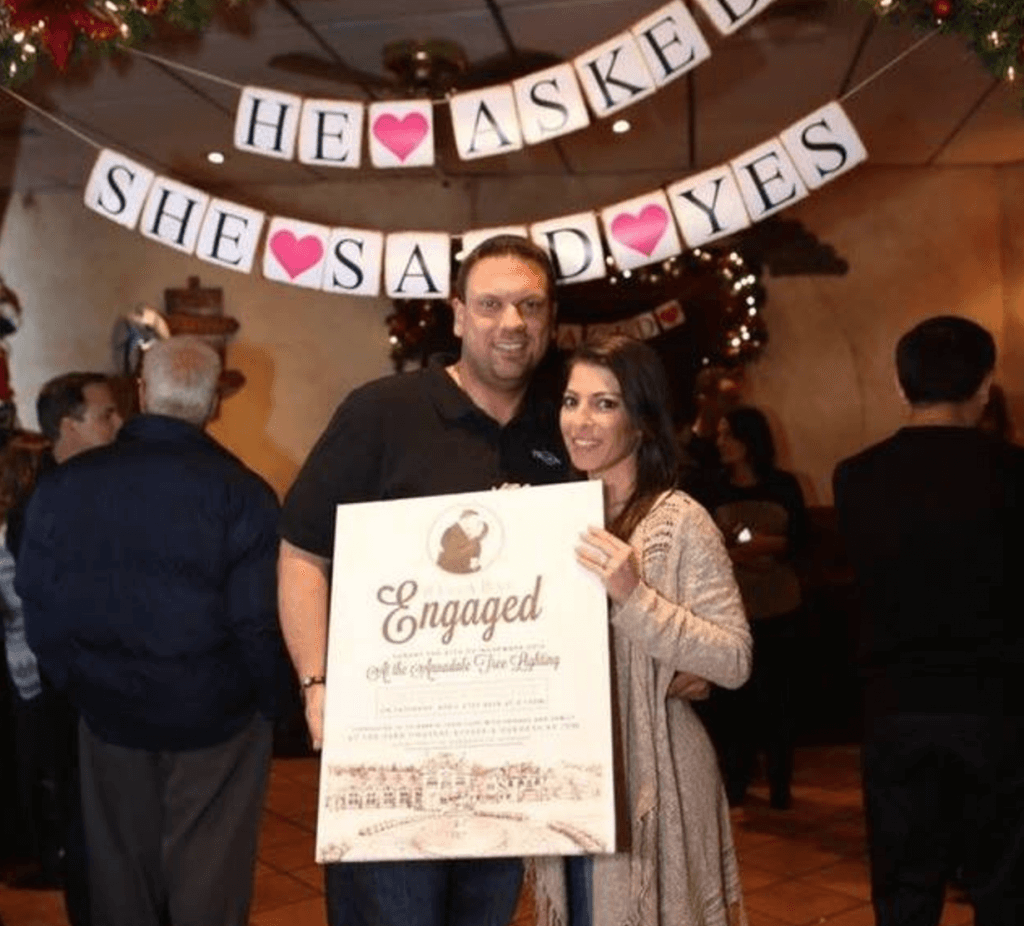