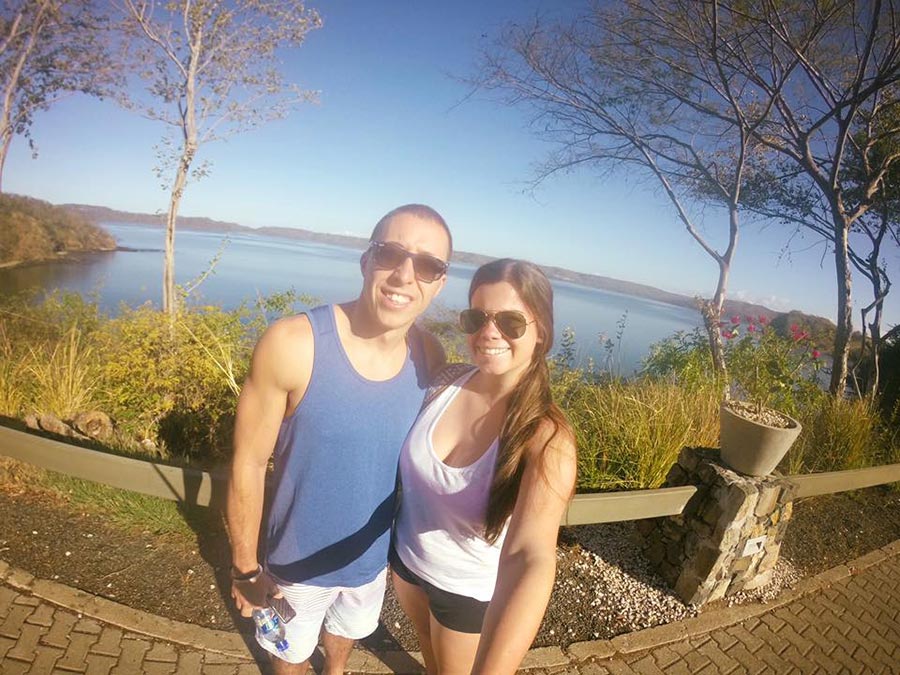 The beginning: Briana and Michael began their journey at Fairleigh Dickinson University. He was a football player and she was a cheerleader — the ultimate love story. The two met as college sophomores, living across the hall from one another. Bri jokes, "At first, I thought he was kind of annoying — sorry Mike J." Still, they started to hang out — more than often — and Bri came to find that Mike was not so annoying after all. About a year later, during their college junior year, Mike asked Bri, officially, to be his girlfriend. From then on, the two have been inseparable, supporting each other and encouraging each other to take risks and to be the best versions of themselves. In the past six years, the couple has moved to Hoboken together and have become puppy parents to a little Frenchie named Duke. Mike even pushed Bri to complete a half marathon with him, which was an amazing (tiring) experience for her! Bri received an opportunity of a lifetime by accepting a job offer that has allowed her to travel the world, while Mike is progressing tremendously through his career. In fact, his company is even opening an NYC office later this year! Together, Bri and Mike have been on "too many vacations to count," but their favorite has been one when they first started dating: a three-day surprise trip for Bri to Disney, followed by a weeklong cruise from Miami. The couple has actually been on multiple trips to Miami where they have shared some of their coolest memories such as music festivals, relaxing on the beach and eating delicious food! Together they have also been to Jamaica, Punta Cana, the Bahamas, Costa Rica, Mexico, and other beach towns and cities in Florida. Can you tell they love beachy places? Bri exclaims how amazing it is "having a person to travel the world with and have so much fun, no matter where we are." 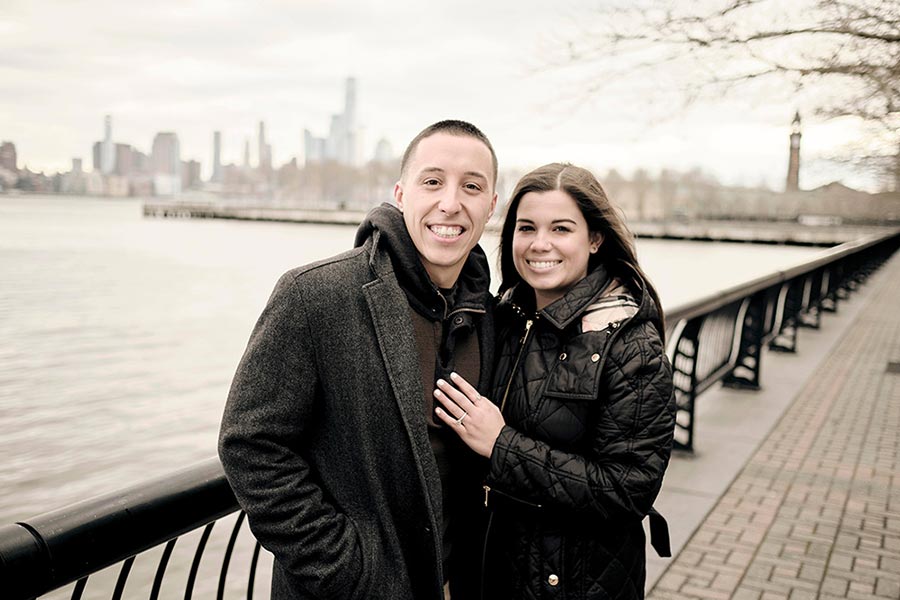 The Perfect Proposal, according to Briana: "I didn't know it was coming. I thought we were just going to brunch with friends. We went to the water in Hoboken with the city in the background and he said that he needed a photo for his dad. He asked me to take it because I â€˜took better pictures.' So he was standing behind me. Then, when I turned around, he said â€˜I have to ask you one more thing.' He got down on one knee (very quickly because it was FREEZING lol) and asked. That night, we went to one of our favorite bars in Hoboken, 10th and Willow, for what I thought was a dinner with our family. When we walked into the back room, there were 50 of our closest friends and family waiting for us. I was super surprised!"

The ring: Mike picked out a beautiful Gerald Peters setting to highlight Bri's stunning round diamond. The setting has pave set diamonds on both the band and the prongs. Also, the ring features a hidden halo adds a nice touch when you look at the ring from the side. "It's my dream ring," Briana said. She is amazed at the detail and quality that the ring has. "It's always shinning from every angle every time I look at it!"

The future: The future Mr. and Mrs. Santos are in the process of planning their 2020 wedding at Liberty House in Jersey City. We could not be happier for you two. Enjoy the planning process!