Carissa and Matt's story is one that has a special connection to Gerald Peters- once upon a holiday season, the two met at our Pandora store. Matt worked with Carissa for about two weeks in Pandora before he shifted to Gerald Peters. Though they only knew each other briefly and no longer worked in the same place, it was clear to both of them that they had a connection and the two continued talking and eventually began dating. They kept their relationship quiet at first, just to make sure things were serious before telling everyone- once they were sure they were the real deal, the pair revealed their new found love at the annual Christmas party and all their coworkers couldn't be happier for them. Matt eventually moved on to become an HVAC technician and Carissa works as one of Pandora's beloved managers. 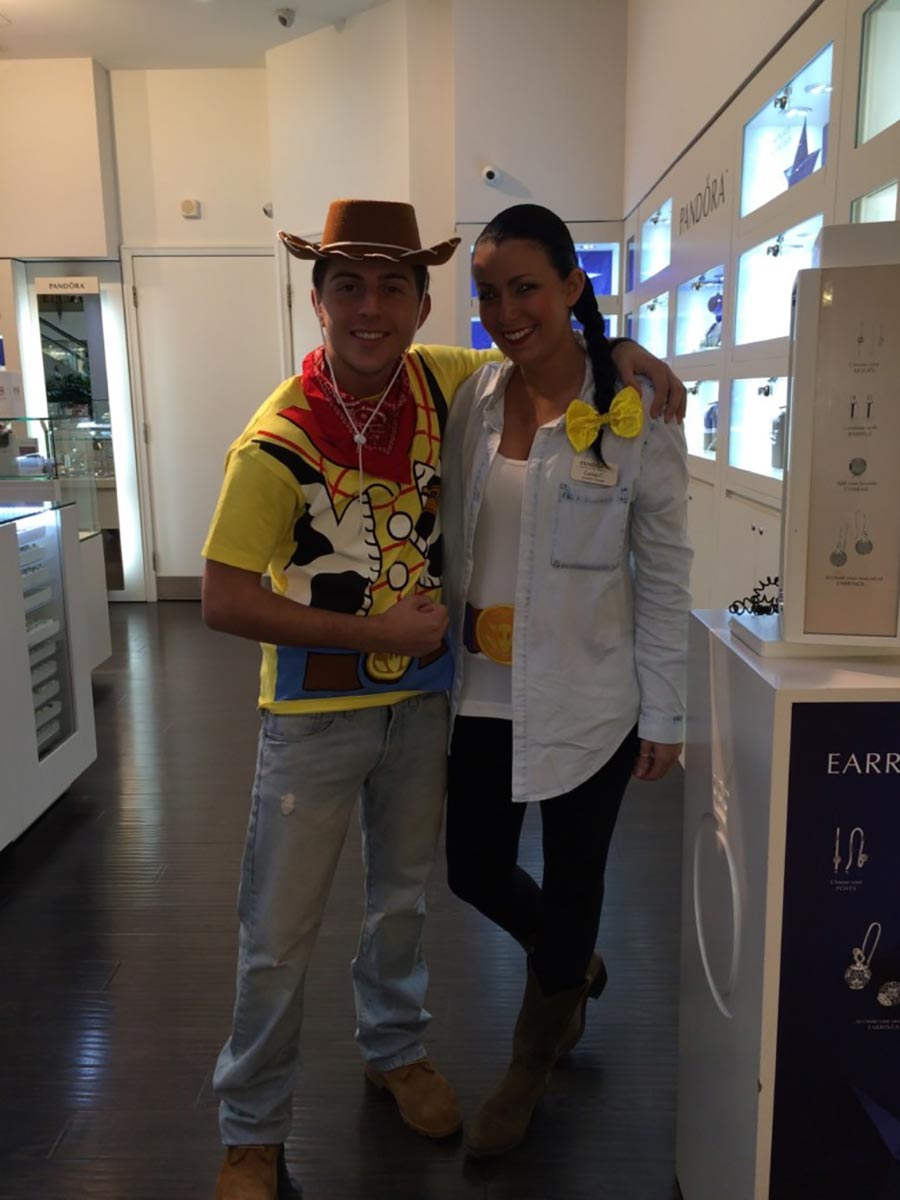 Matt and Carissa's story is filled with laughter and fun so when they planned a weekend in Atlantic City for Matt's upcoming 21st birthday, Matt saw this as the perfect opportunity to catch an always in the loop Carissa off guard…

The perfect proposal, as told by Carissa:

"It was Matt's birthday weekend and we were going to Atlantic City with his family and some friends to celebrate. Matt's mom got us a comped room and was staying the same hotel for the weekend. I didn't realize it, but all along she was helping Matt get everything set up and I had no idea.

We were getting ready for dinner when Matt's mom told us she lost her room card and needed to head out early so she could get a new one. I thought nothing of it and we continued getting ready. As we were about to head out, I got a text from his mom exclaiming how something so cool was happening on the beach and that we NEEDED to go check it out. So we walked out to the boardwalk but I stopped right where the sand began because Matt's mom was nowhere in sight. I was in suede heeled boots, which were obviously not the best shoes for strolling around the sand and I frustratedly resisted walking onto the beach.

Matt had to practically drag me onto the beach with his mom still nowhere to be found. We saw a mom and a small child pointing at something in the sand that I thought was baby sea turtles like in a video I had seen… Way off doesn't even begin to cover how wrong that was. We kept walking towards whatever was happening in the sand, and I was getting more frustrated with sand all over and in my boots and suddenly I hear Matt talking and he says he couldn't picture spending his life with anyone else… and I looked down in the sand and spelled out in glow sticks were the words "Will you marry me?" I looked up and Matt was on his knee with a shell in his hand that had a ring in it. I literally hurled myself to the ground and burst into tears while obviously saying YES! 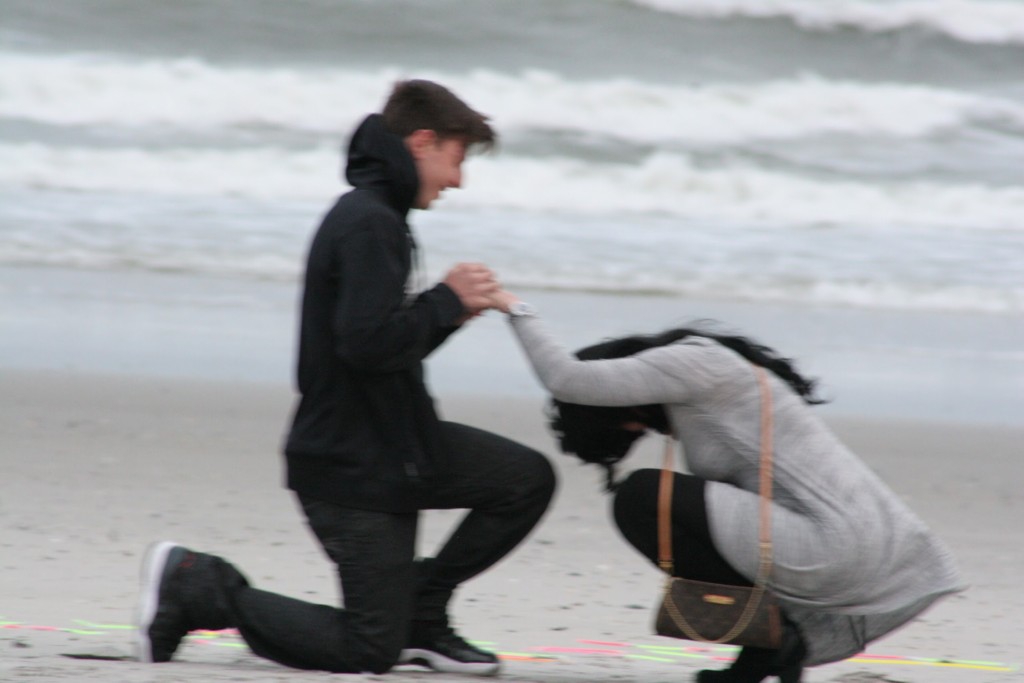 As it was happening, Matt's dad appeared, walking towards us with a camera- he had been taking pictures the entire time and then he pointed and I realized my family was there too! I couldn't be more excited that both our families were there to celebrate this moment with us. We all went out to Chickie's & Pete's (one of our favorite spots) and Matt's mom had made us Mickey and Minnie shirts saying â€˜We're engaged!' to wear. 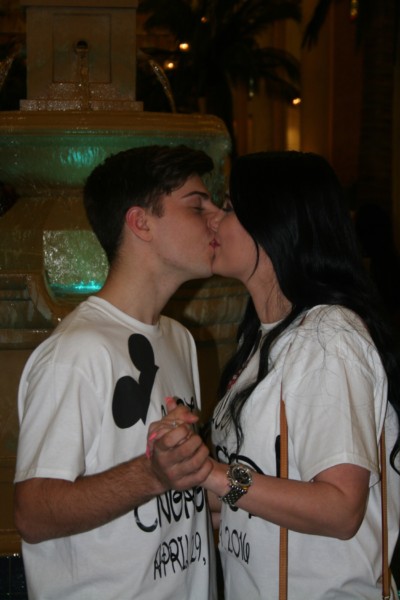 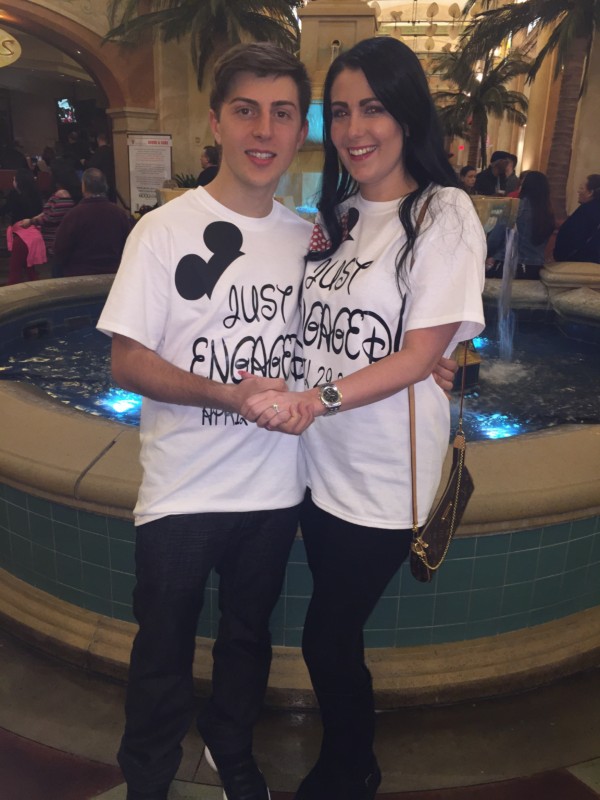 I could not have been more surprised- which is a huge deal for me because I always know what's going on with everyone in my life. The fact that both our families and even my bosses were in on it and I still had no clue made it all the more crazy. The week leading up to it I was so distracted - we had revamp camp at work and were working long hours. While staying late that Thursday, I was working and a pen exploded all over my hands. With my bosses well aware of what was in store for me the next day, they told me to leave after our meeting the next day so I could get my ink stained nails fixed for the weekend. I came back from my nail break and Matt was already at the store waiting to go, despite it being a few hours before we had planned on leaving. Everyone at work encouraged me to just leave a little early and enjoy the weekend after working so hard for revamp all week. I was a little confused as to why it was no big deal for me to leave early, but everyone was already in on the plan and I somehow still had no idea. They all were very huggy, which should have been a flag that something was up but I still left without a single clue that I would be engaged by the end of the trip. It was the best weekend I could have ever asked for."

The ring: Carissa was absolutely flabbergasted by the ring… anytime engagement rings came up in conversation, she always said Matt should get her a small stone. However Matt ignored this and decided to show Carissa just how special she was with a stone even bigger than she could've hoped for. The setting was one she had picked months ago, thinking it wouldn't be something she would be wearing for a long time. 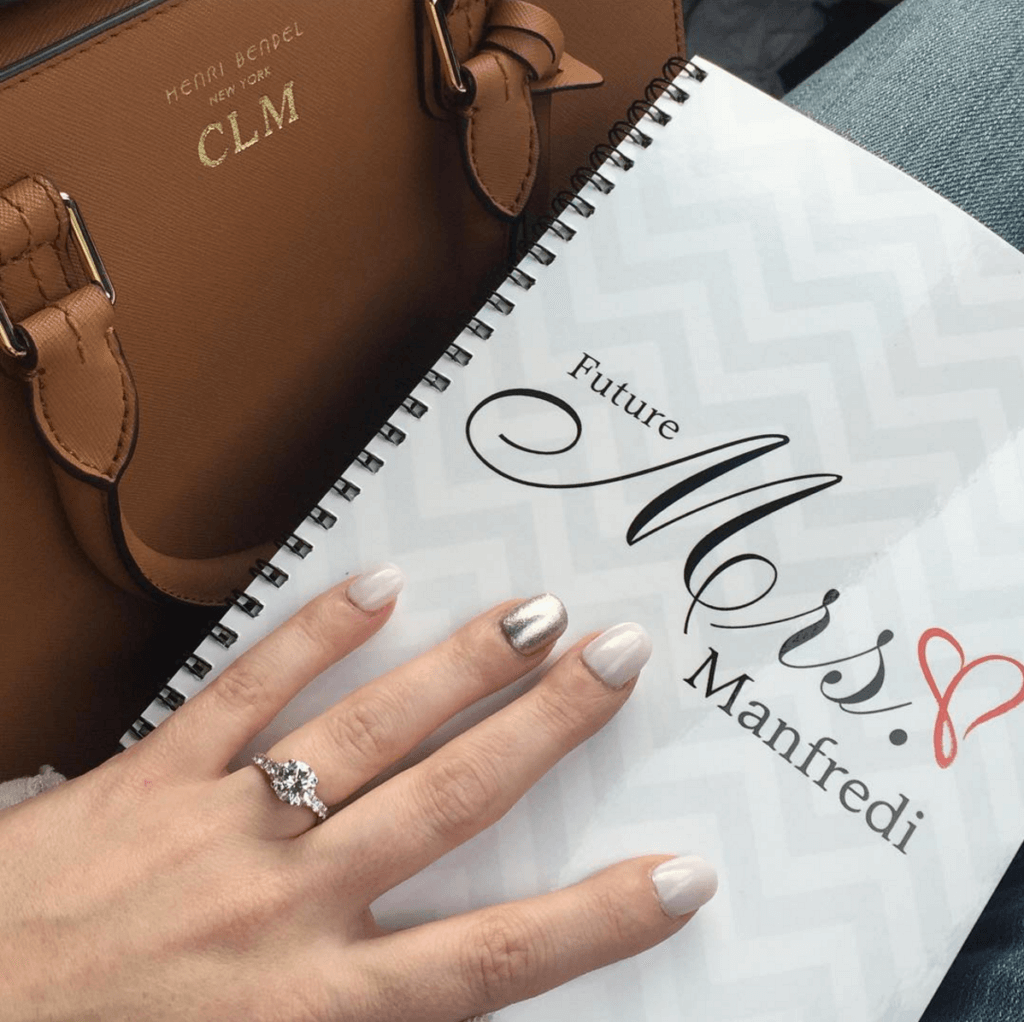 What's Next: Matt and Carissa plan to get married in November 2018 at Above and incorporate a theme of Disney- their favorite place to vacation and the place they hope to spend their honeymoon. They also already have picked out their wedding shoes- matching Jordans, as these two plan to make their special day just as much fun as their proposal was and as much fun as they have every day together.

From everyone in the Gerald Peter's family, we want to give a special congratulations to our Carissa and Matt. We wish you both a lifetime of love and happiness!