Giuseppe & Kristina: The Surprise at the Chester

Giuseppe and Kristina met in 2016 the modern way- on the dating app Tinder. A new user, Kristina accidentally "super liked" Giuseppe in the app and he became her first "match" almost instantly. Through the app, the two began talking and eventually exchanged numbers so that they could meet up. They had their first date two weeks after they "matched" and although they were meeting for the first time, it was as though they had already known each other for years. Their connection was instantaneous and both Kristina and Giuseppe knew from the very beginning that they had found the person they were meant to be with. 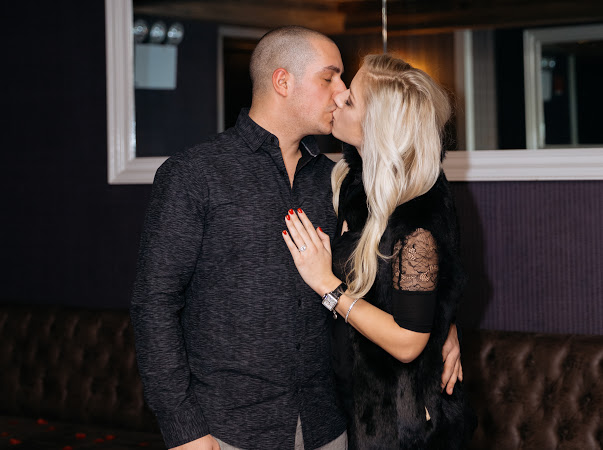 The Perfect Proposal, as told by Kristina: 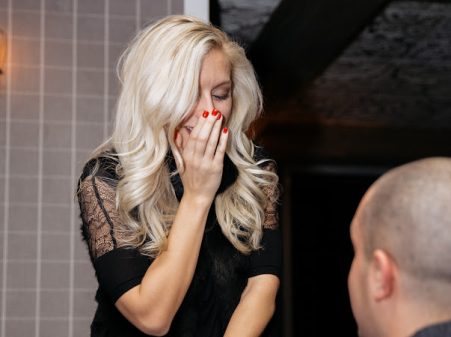 "It happened on February 11, 2017. We were headed to the Chester restaurant in Manhattan for an early Valentine's Day/anniversary celebration. A year ago, we had our very first date at the Chester- when we arrived, the hostess walked us upstair towards a private room and Giuseppe said â€˜can you believe that this time last year was our first date and now tonight is our last date as boyfriend and girlfriend?' Before I even had a chance to process what he had said, he opened the doors to a candlelit room with the words â€˜Will you marry me" spelled out on the floor with rose petals. I was absolutely speechless- this was the kind of moment I've dreamed about since I was a little girl and now the man of my dreams was actually proposing to me. I was the best moment of my life and of course I said yes, freaking out 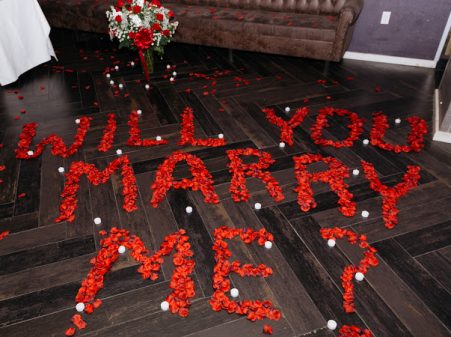 Though I definitely had a feeling this was the year we would get engaged, I was not expecting it to happen that day. Giuseppe was still in the FDNY Academy, so I figured he would wait until the summer. He originally wanted to propose on the exact anniversary of our first date, but it happened to fall on a Friday and I was taking a course at CSI in the evenings. Our closest family and friends all knew he was planning to propose, but everyone was pretty good at keeping the secret from me. For months there were such obvious signs that it was coming soon-his sister bought me a ring dish that said "swipe right" along with bride and groom sock-yet I was still so oblivious. It was the best surprise." 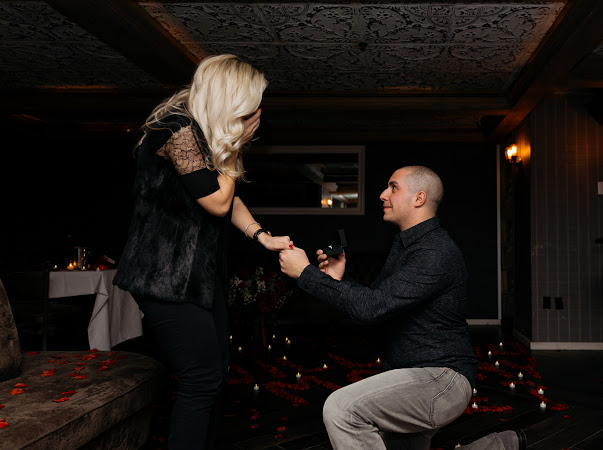 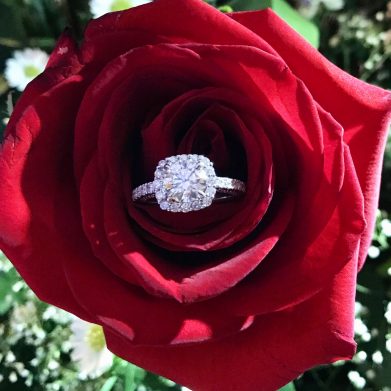 Kristina and Giuseppe had only looked at rings once together at Gerald Peters, but Giuseppe knew the kinds of styles Kristina would like. Giuseppe worked with Gerald to create a unique and beautiful ring for her- a round cut stone in Gerald Peter's collection cushion halo setting. The details and how much thought he put into the ring meant the world to Kristina. 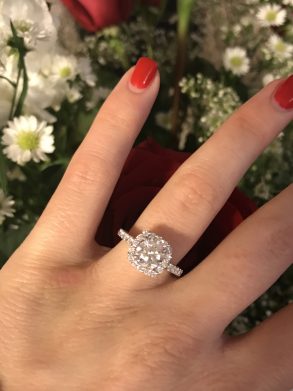 The happy couple plants to tie the knot at Our Lady Star of the Sea in August of 2018, with their reception at El Caribe in Brooklyn. Many of the details are already planned, including some Staten Island favorites, such as Majestic Creative Videography, Philip Siciliano Photography, and PlatDash as their DJ and have already taken their engagement photos with photographer Michael Gloria.