Justine & Mike: The Story on the Rooftop 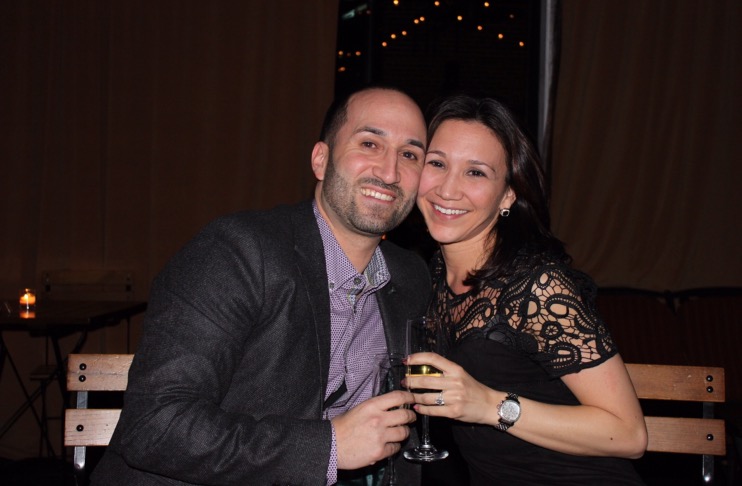 Justine and Mike have been dating for two years but their story is one that started over eighteen years ago. Their families had always been good friends; Mike's mom walked Justine to kindergarten, her dad was Mike's orthodontist, and Mike was her brother's basketball coach. They were always a part of each other's lives, but it wasn't until two years ago that they realized their true chemistry.

They really caught each other's attention when Mike was working a basketball clinic with Justine's brother. Mike ran into trouble contacting her brother, so he reached out to Justine in order to contact him. They continued talking for some time, and the two eventually planned to go out for dinner and drinks together. This very first date was at Refinery Rooftop in Manhattan and is the place where their relationship began. Fast-forward to February 27th and the pair found themselves in this same spot once again…

The perfect proposal, as told by Justine:

"Mike had been planning his proposal for months before- the decoy he used was a visit from his uncle. Whenever his uncle would come to town, we would go out somewhere really nice so it gave me the perfect reason to get dressed up. We headed to the city to meet with his sister and brother-in-law as well. At the last minute his uncle cancelled but we were all dressed and already the city so we decided to take advantage of the night out. We went to dinner at 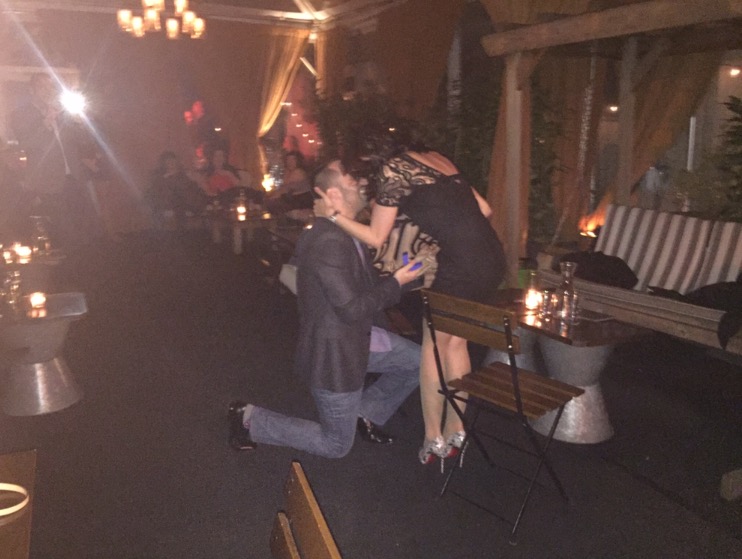 Capital Grille and while we were there, Mike got a phone call from a friend who was "ironically" in the city and wanted to meet up for drinks, so Mike suggested the Refinery.

When we arrived at the Refinery, I didn't realize it at first but we were seated at the table where Mike and I had our first date. I got up to go to the bathroom and when I came back to the table, it was just Mike and me. I realized where we were sitting and got excited and exclaimed to Mike that it was the same location as our first kiss (he now says I stole his line.) Mike started saying all these sweet things and our song- â€˜You are the Best Thing'- was playing in the background. Before I knew it he was down on one knee and all I could do was burst into tears. All the photos from that moment are of me crying into his shoulder, obviously after saying yes. I picked up my phone to call my family and share the good news, but to my surprise, everyone was already there waiting patiently downstairs - my family and his were there with us to celebrate! 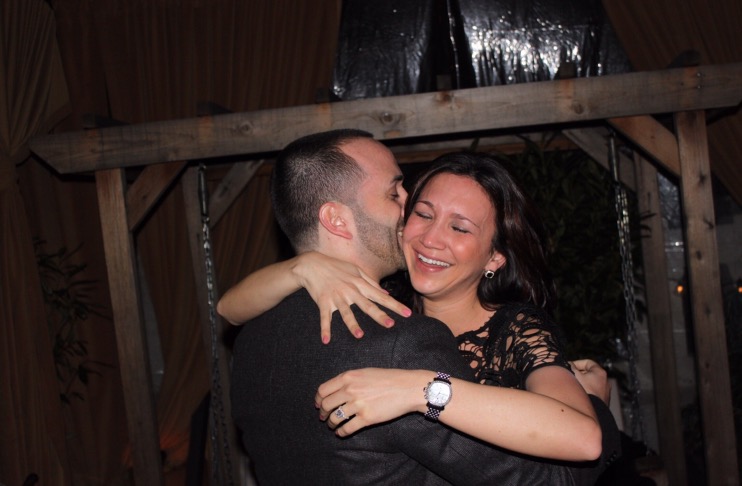 I had absolutely no idea it was coming. Even looking back now, nothing really could've given it away. Mike didn't even tell my parents until a couple of days prior because he knew they might let it slip! He always told me that when he did propose it would be a complete surprise and I would have no idea… and he was completely right!" 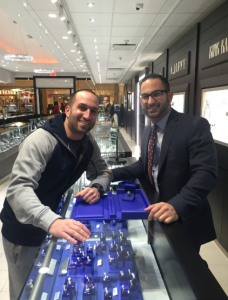 Around Christmas time, Mike's sister Amanda, and Justine came to the mall and casually tried on rings (except it was secretly not casual because Mike had planned it all out) They played it off really well and Gerald (you may have heard of him, his name is on the sign), who was helping them, was secretly taking notes the entire time.

The ring Mike chose was "absolutely perfect and was more than I ever expected" said Justine of her gorgeous emerald cut halo set Tacori ring. 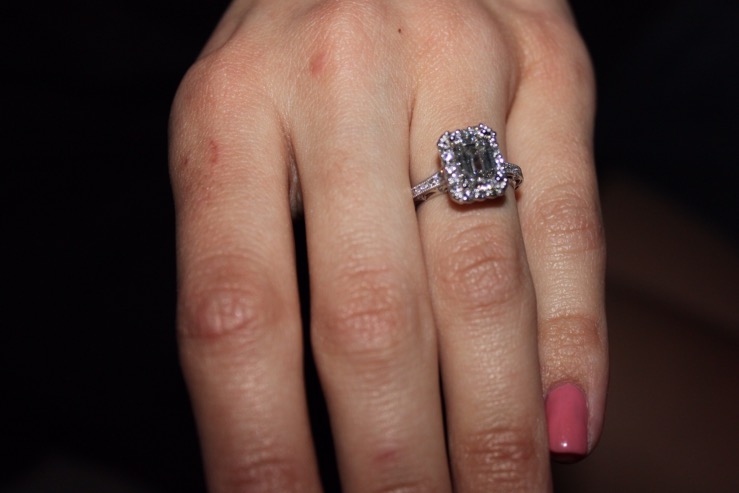 Mike and Justine are planning to be married on July 1, 2017 at the brand new Park Chateau (coming in February), and are thrilled to start their life together.