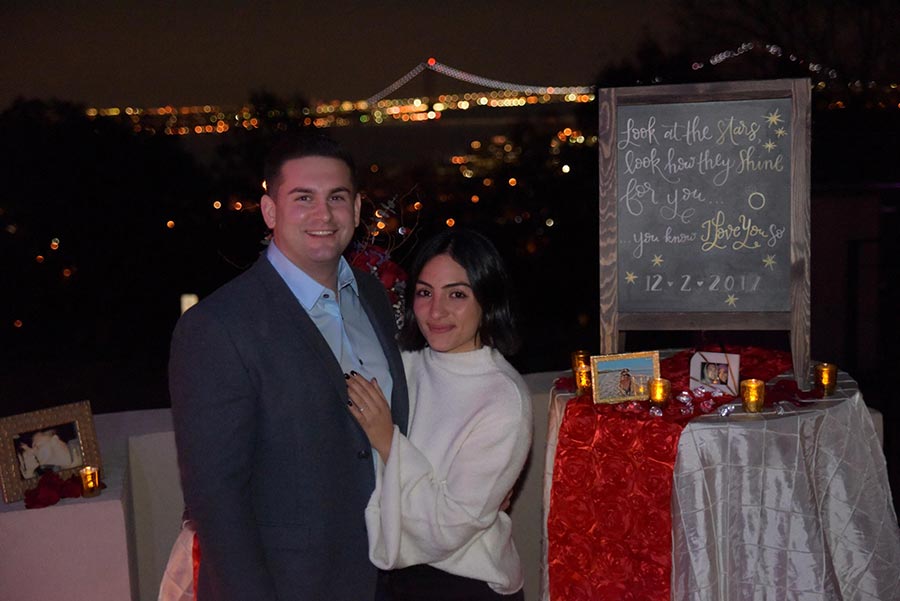 Kristen and Peter met nearly six years ago through mutual friends on Pete's 21st birthday. Pete and his friends were out celebrating at Park East, where Kristen and her friends had been for dinner and drinks that evening as well. Kristen's friend suggested they go and meet up with Pete and his friends. Though there seemed to be a connection, Pete and Kristen didn't actually exchange numbers that evening and it was almost 3 months later before Pete asked her out on a date. Kristen says she knew when she met him they would end up together, attributing some of the "love-at-first-sight" to being captivated by his bright blue eyes, and learning as they got to know each other just how right that initial feeling was. Almost six years later now, the date was well worth the wait.

The perfect proposal, according to Kristen:

"Pete and I got engaged on December 2, 2017 at Casa Belvedere. That week, he had asked if I wanted to grab dinner Saturday with his friend Steve and his girlfriend, which was nothing out of the ordinary—every now and then we made dinner plans with them so I didn't think twice about the plans. When he suggested Casa Belvedere I was slightly suspicious. I thought about how much we both loved that place and it was probably our favorite place on the island—if there was anywhere I ever pictured getting engaged it was there. Still, nothing seemed out of the ordinary and he was calm leading up to that day, never once letting any of the plans slip out. 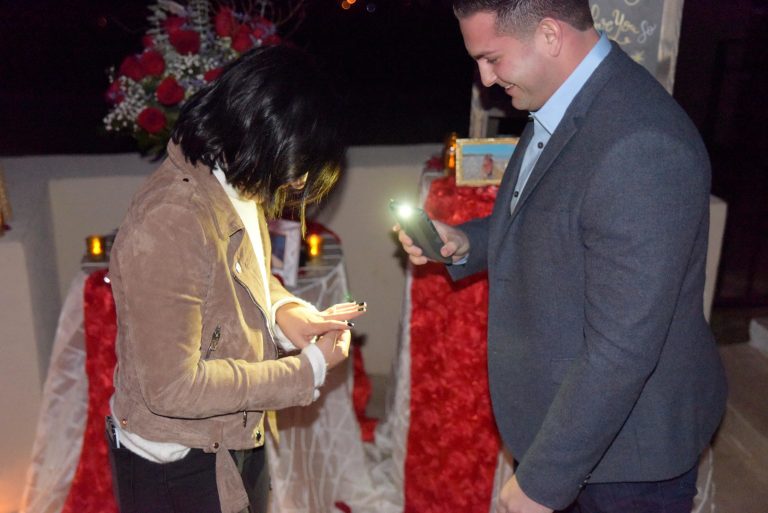 When Saturday finally came and we made our way to Casa Belvedere, we got a text that Steve and his girlfriend would be "running 45 minutes late." They invented an elaborate story and Pete's reaction was so believable that I remained clueless. With time to kill before dinner, we sat at the bar for a drink and then decided to take a walk outside. Casa Belvedere is one of my favorite views and as we walked through the door, the steps were lined with roses and suddenly, I knew what was happening. I was overcome with emotions and the tears began to flow as we walked up the stairs and I was shaking knowing what was coming next. It was overwhelming and I couldn't stop crying, but Pete kept calm and collected as he got down on one knee and asked to spend forever with him. Of course I said yes! If all this wasn't enough, Pete had the area decorated with photos from all the major milestones in our relationship—from the beginning of our relationship, to the first time we told each other we loved each other, to our vacations and trips together, it was all just perfect. With the pictures was a chalkboard with the lyrics from our favorite song written on it. He even had a photographer there to document the moment! It couldn't have been more perfect.

I knew in the back of my mind that we would likely be getting engaged soon, but nothing about the days leading up to the actual proposal gave any hints that it would be that day. I think the most surprising part of it all was how well Pete kept everything a secret—he generally can NEVER keep a secret, but this one he managed to keep for MONTHS. Everything was planned pretty far in advance and most of our friends and family had been in on the plans for months. He even arranged for our families to be there to meet us there to celebrate after he proposed. I couldn't believe how much thought went into planning this perfect moment- he even made sure that my nails were freshly done that week! He really thought of everything." 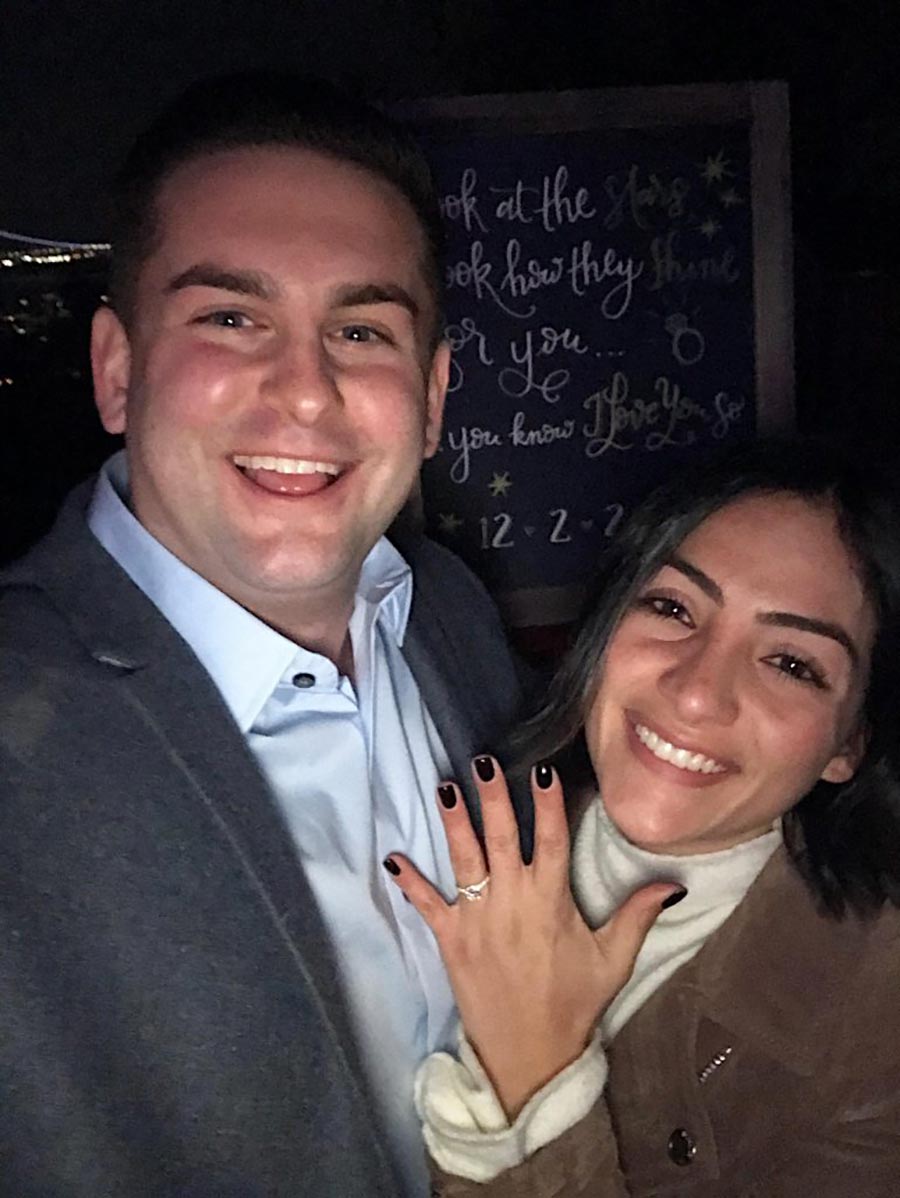 Pete chose for Kristen a stunningly unique pavÃ© set Peter Storm ring in yellow gold with a cushion cut diamond in the center. Though they had never looked at rings together, social media gave him a clear idea of the styles she liked. Kristen was surprised with the ring, as she had gone back and forth on the color and cuts that she liked and loved the details that Pete selected for her and the special customization that made her ring unique.

Kristen and Pete have just begun planning their wedding. They found their venue, the Florentine Gardens, and plan to have the ceremony at Our Lady of Pity on Staten Island and are excited to begin planning more of the details.

Congrats to Peter and Kristen on their engagement!