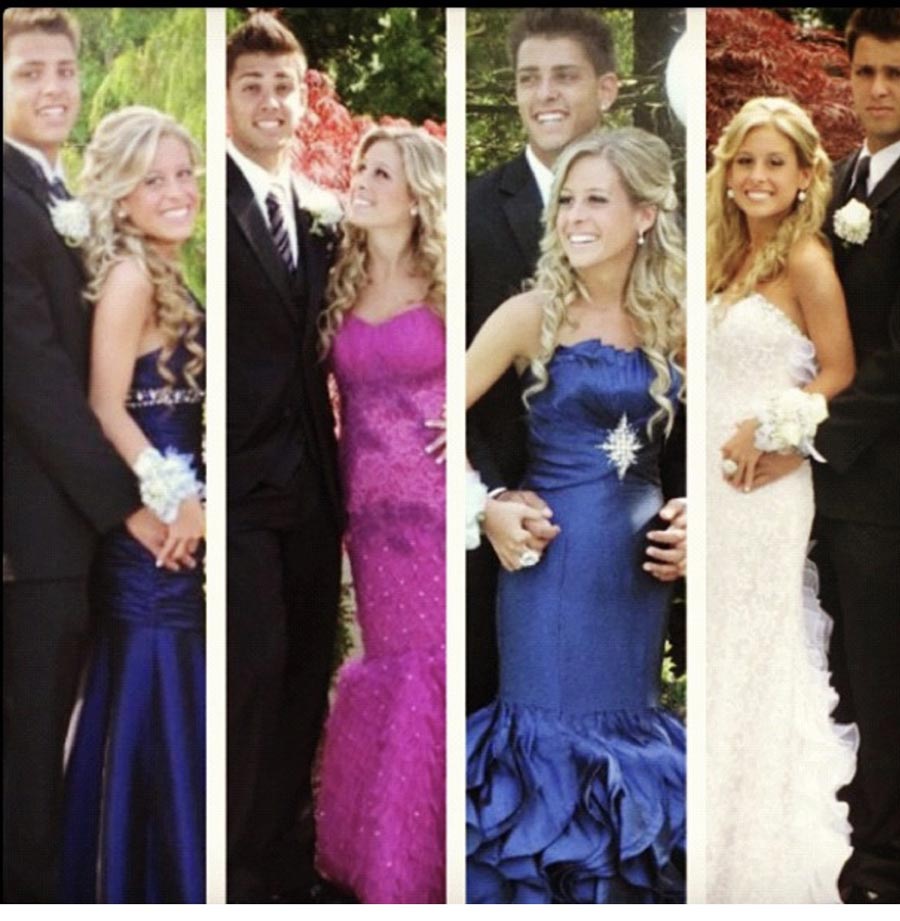 The beginning: Loren and Mike met in high school when she was a freshman and he was a sophomore. Loren's sister was friends with Mike's brother and they had other mutual friends as well. Loren was a cheerleader and Mike was a football player, but they didn't start â€˜talking' until a Halloween party that they both attended. After that night, the two started texting, and after a few months of seeing each other, Mike officially asked Loren to be his girlfriend on Valentine's Day of 2009. Over the past ten years of their relationship, the couple has grown together. Mike went to Brookdale first and then attended Rutgers communiversity through Brookdale. After doing construction for a while and flipping houses, Mike is now an Assistant Project Manager at Hunter Roberts. Loren went to Rutgers New Brunswick and lived there for four years. She is now in her third year of teaching as a sixth grade teacher at Jonas Salk Middle School in Old Bridge, New Jersey. Still, the couple finds time to spend together apart from their working lives. They have have been on many vacations, but a special one that they both were â€˜dying' to go on was Italy in the Summer of 2017. More recently, they have made another big step in their relationship. Loren and Mike moved in together on July 1st of this year. That was just the beginning of their next big step which happened a few months later… 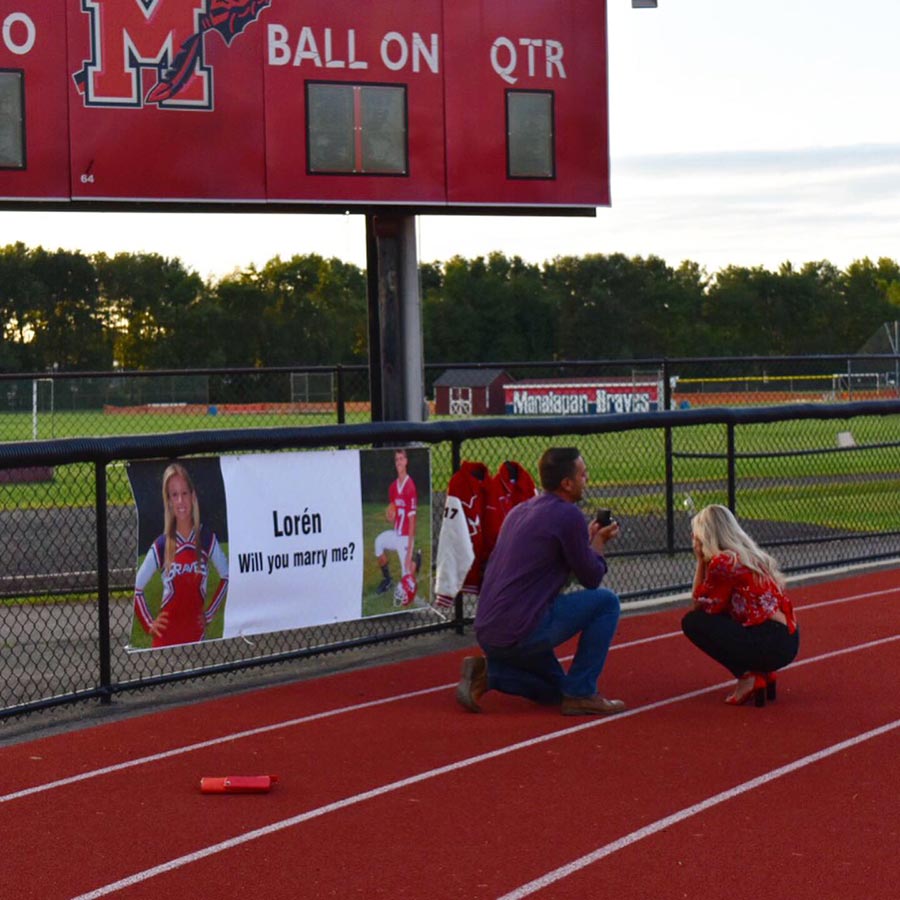 The Perfect Proposal, according to Loren: "The morning of the proposal I had one of my friend's bridal showers, so I was out most of the day. The plan was to go out to dinner for my sister's birthday that night. As I was getting ready for the shower, Mike told me that he was going to work out with his brother and his best friend. They were sending me Snapchats throughout the day so I knew they were at the high school running the track. Once I got home from the shower, I was exhausted so we both relaxed on the couch for a little and then started getting ready for my sister's birthday dinner. As we were getting ready Mike was â€˜looking' for his headphones. He called his friend and asked if he had left them in his car, and his friend explained that he must have left them at the track. It was on the way to the dinner anyway, so I agreed to stop and look at the high school. When we got there, he asked me to help him look because we were going to be late for dinner. We quickly walked down to the track and he led me to the left. I immediately saw the headphones, but then saw a huge banner that said, â€˜Loren will you marry me?' and roses. I dropped to my knees before he could drop to his. Once I said â€˜YES,' all of my friends and family came running out from behind the bleachers to congratulate us. I was in TEARS."

The ring: The ring features a round center stone diamond with a thin band of diamonds. Loren told us it's "EXACTLY what I wanted!" Mike was able to pick out the perfect ring by saving pictures Loren sent to him.

The future: Loren and Mike just set a date and booked their venue. The happy couple will be getting married on March 20th at the Shadowbrook in Shrewsberry. It looks beautiful. Congratulations to the two of you! 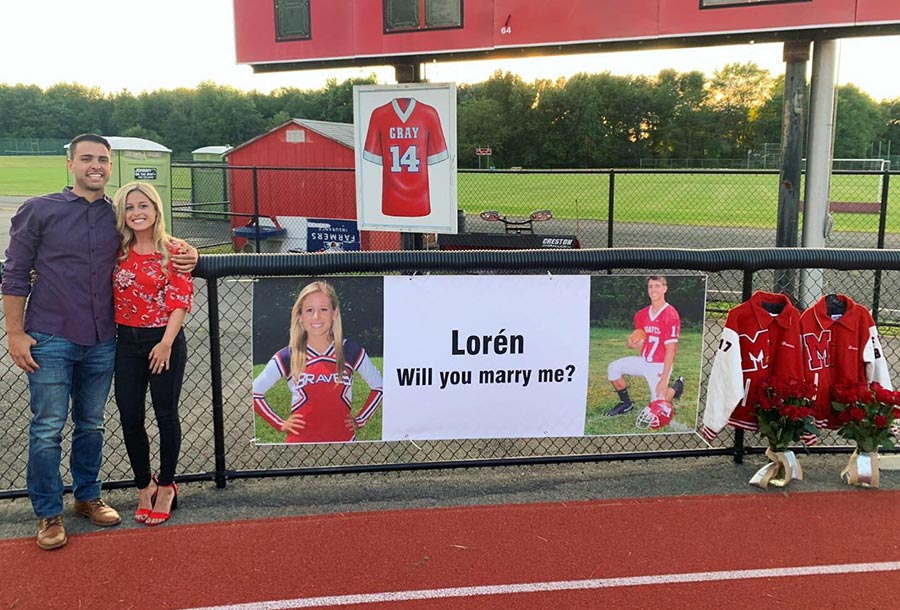