Marisa and Anthony: The Liberty Story 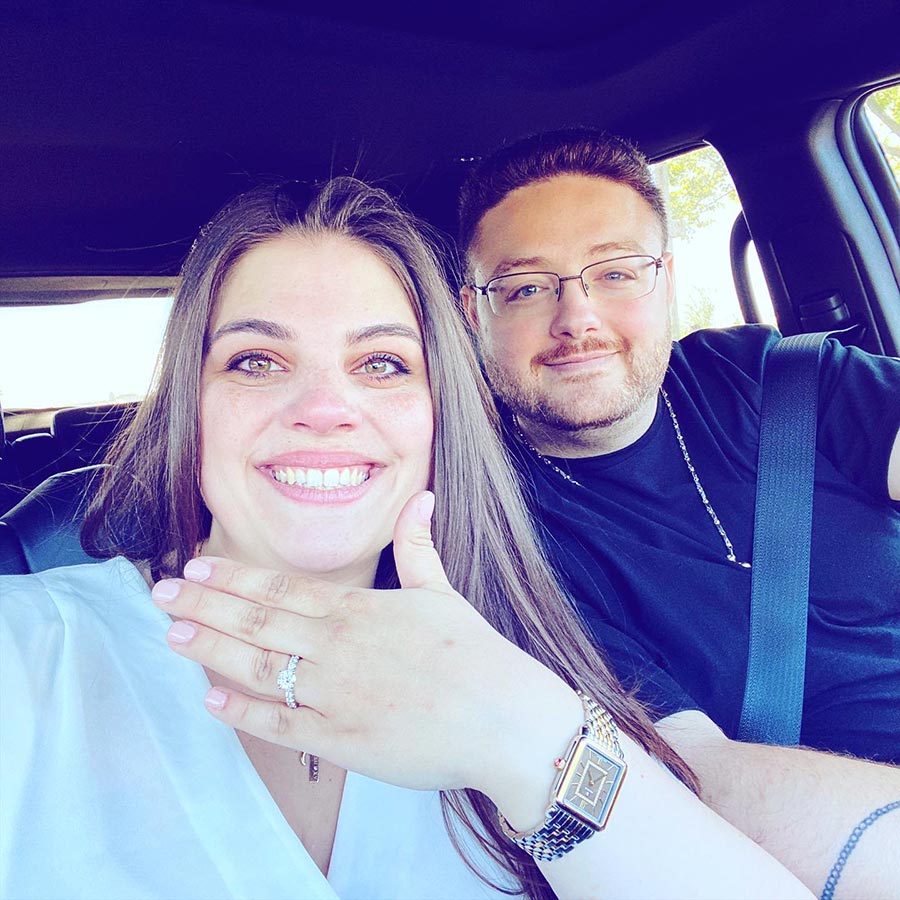 The beginning: In November of 2009, Marisa began working as "holiday help" at Pandora Jewelry. Anthony began working there in the same month, also as "holiday help." On the day they first met, Anthony said to Marisa, "I'm going to marry you one day." Marisa laughed it off and said, "You're crazy." Through conversation, the two realized they have the same birthday. Marisa even made Anthony show her his ID in order to confirm this coincidence. It was true and, from there, a friendship ensued. Though romantically on and off for six years, Anthony had something bigger in mind. On August 22, 2015, he took Marisa out for a night on the town: a dinner cruise around Manhattan. With the view of the city and the Statue of Liberty, he asked Marisa to be his girlfriend. She said "Yes." Now, five years later, Anthony and Marisa are happier than ever. They love to experience new things together including driving a NASCAR car (a lifelong dream of Anthony's that Marisa surprised him with); touring the Jack Daniel's facility; exploring Nashville, Tennessee and Charlotte, North Carolina; and even flying a plane. Wherever they go, the couple's favorite thing to do is spend time together. Whether they are in Long Beach Island (a place they travel to annually for a quick getaway) or Atlantic City (where they enjoy going for an evening out and a nice meal) or just hanging low, Marisa said that being together is the best part. 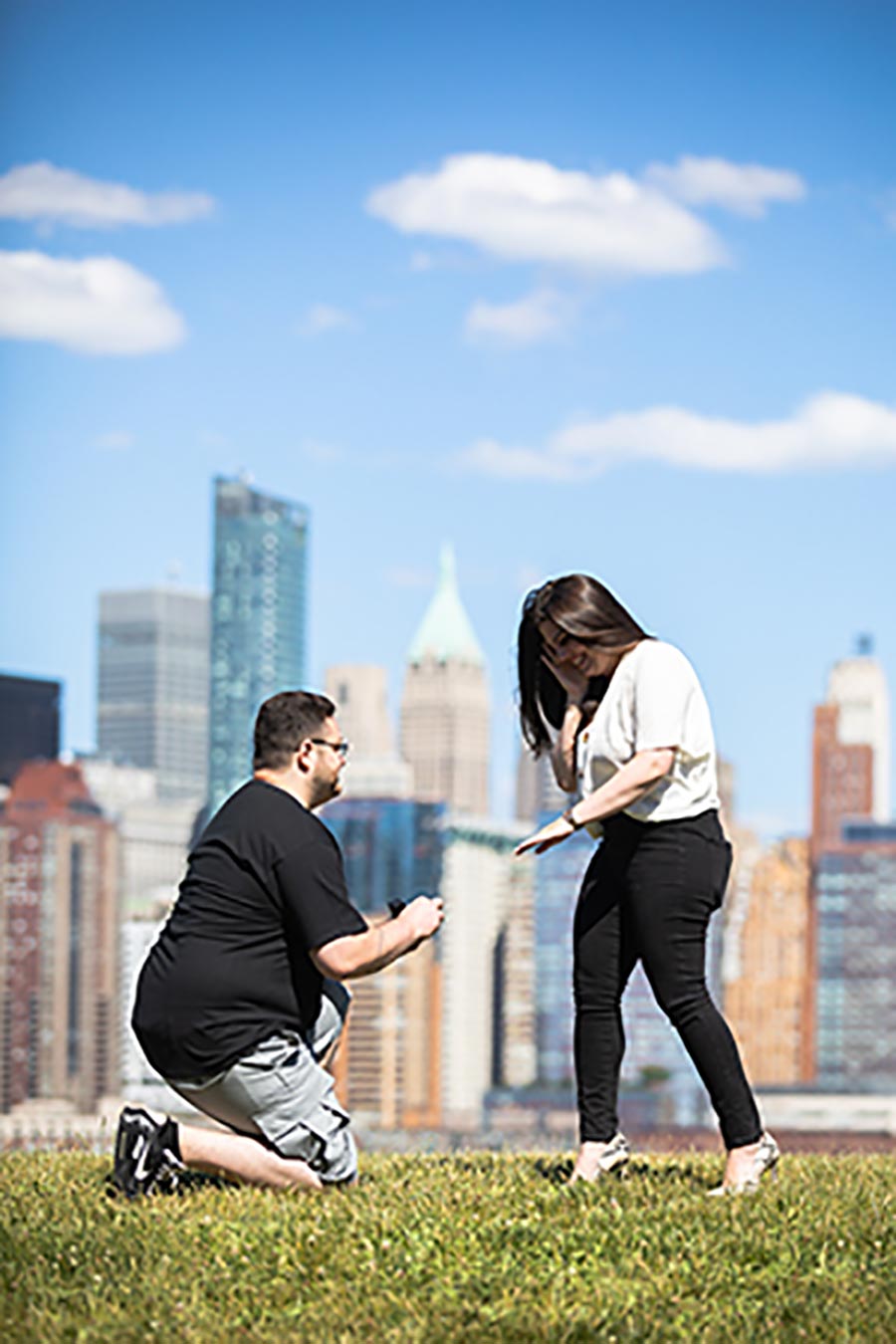 The Perfect Proposal, according to Marisa: "Anthony and I have talked about getting engaged for a while and we both knew we were it for each other. I had a feeling it was coming, but with coronavirus and quarantine, I really was not picturing it to happen now. I was assuming it would happen after the Summer. Anthony got a promotion at work and he told me his boss wanted to take us out for dinner in Jersey City. He said we were all meeting up at Liberty State Park. So we started walking and we got to a grassy area with the view of the city. He was saying how beautiful the city looked and he was then mentioning some special places that meant a lot to us. He said â€˜Isn't that Battery Park where we saw the fireworks on the fourth of July?' (our first date). I responded with â€˜Yes.' He then said â€˜And the Statue of Liberty is over there where we had our dinner cruise and I asked you out.' I said â€˜Yes.' He then said â€˜And this is where I am going to ask you to be my wife.' He got down on one knee and asked â€˜Will you marry me?' " Marisa said yes!

The ring: Marisa's ring is a stunning Round Brilliant Diamond showcased in a Gerald Peters Collection mounting. The mounting is a simple, yet attractive prong set diamond band. This is truly a beautiful ring!

The future: As of right now, Anthony and Marisa want to "enjoy being engaged." Though there are no official wedding details yet, the couple is beginning to make a guest list, bridal party list, and potential venue list. They are hoping to be married sometime in 2022. Here at Gerald Peters, we are so excited for both of you and what's to come. Congrats!