Samantha & James: The Proposal in the Poconos 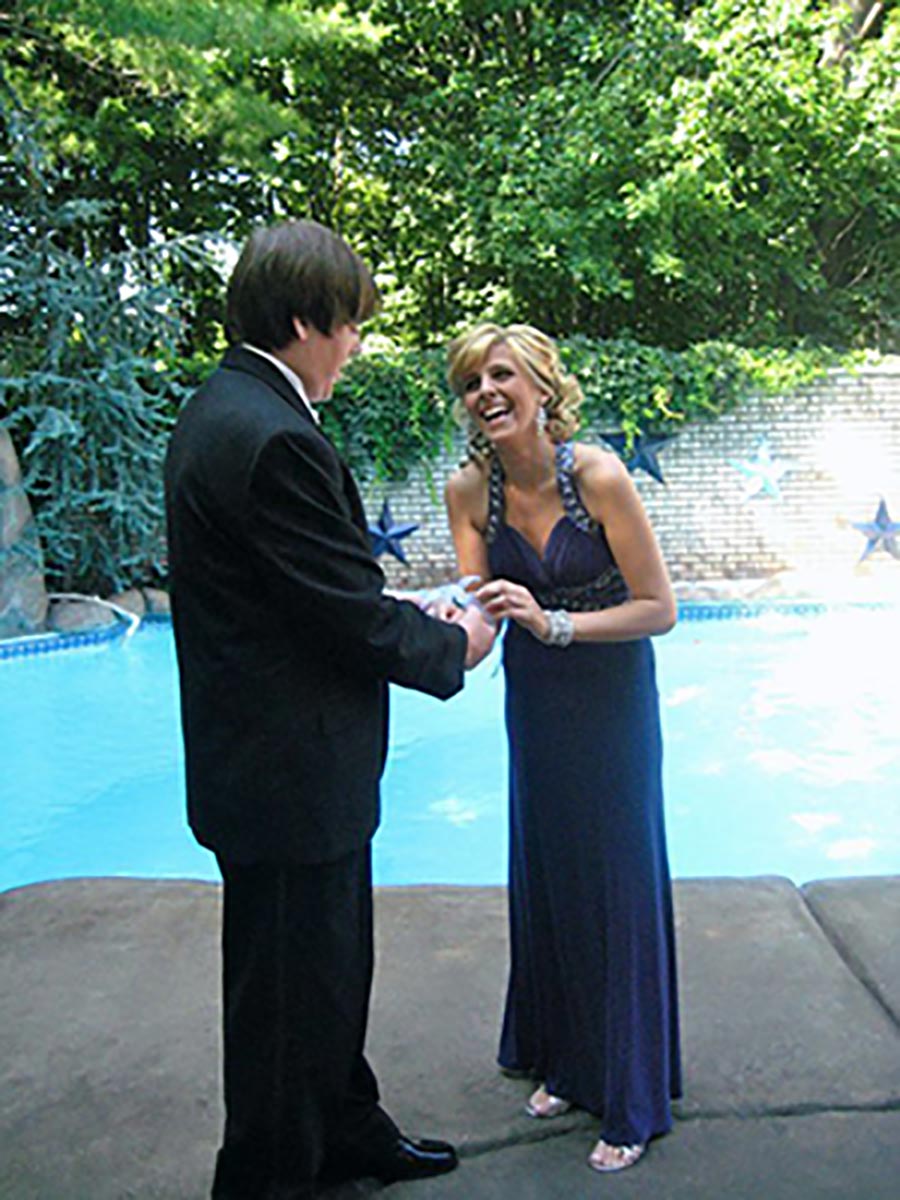 The beginning: Samantha and James met about 12 years ago. They were both working for the Staten Island Soccer League and worked the fields together every Saturday. The two would joke and laugh all day long and, eventually, they became great friends. When Samantha was a senior in high school, she needed a date to the prom, and she asked James to go “as friends.” Since they got along so well and had been hanging out a lot, Samantha figured he would be a great prom date. Little did she know just how great of a date he would be. In fact, about two weeks later on June 23rd, 2010, the couple made their friendship an official relationship. They’ve been together ever since.

Because this couple started dating in their teens, they have experienced so many milestones by each other’s sides. They both graduated college with their bachelors as well as master degrees. James sought a career change when he joined the FDNY. Samantha said, “It was a long road but in the end we both ended up with two great jobs that we both love. James a firefighter and myself - a School Counselor for the Department of Education.” 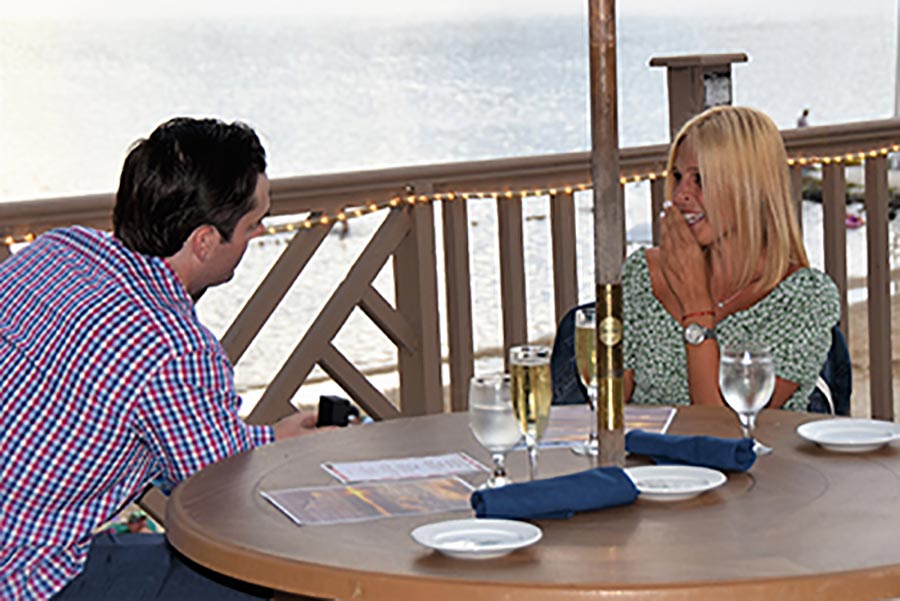 The Perfect Proposal, according to Samantha: “Since we were together so long, I had been hoping that the proposal was coming. I just didn’t know when. James planned a trip for us to end the summer at his family’s’ lake house in the Poconos. It was Labor Day weekend and I was anxious about school starting so I really didn’t want to go, but James insisted. So, I agreed. He picked me up after work on Saturday and our weekend began. On Sunday morning we woke up like any other day. We went to get breakfast and then went to the beach to set up our chairs. James left for a little while to go to the gym and get the Kayak. When he arrived back, we went on a long kayak ride around the lake. The next thing we knew it was already 4:15pm and our dinner reservations were at 5:00pm. We went back to the house to get ready. We didn’t talk for the entire hour before which, to me, seemed odd. I did have a nervous feeling in my stomach and couldn’t shake it. I also thought it was odd that James had brought his clothes already ironed on a hanger- he never does that! We were on our way to dinner and again James was being very quiet. I said- ‘why aren’t you talking?’ to which he replied ‘I’m driving.’ I was nervous but I didn’t think it was going to happen because I always told James I wanted to be with my family and friends afterward and we were 2 hours away. We walked into the restaurant and had a beautiful table overlooking the lake. I was so hungry and couldn’t wait to order. All of a sudden, the waitress brought out champagne- we didn’t order that- and right behind her was a lady with a big camera. I looked at James and said ‘What is going on?’ Then right there he gets down on one knee and asks me to marry him. I was so thrilled. Of course, I said YES. Then right after he says, by the way we are not eating here we are going back home and your mom and dad have about 50 people waiting for us at your house. I was in complete shock. We rushed to go pack up our stuff and headed home where we were greeted by our closest friends and family. My mom spent days preparing the house which looked so perfect. Everything about that day was perfect and exactly what I wanted and more.”

The ring: Samantha has worked at Gerald Peters since 2012 and has spent a lot of time trying on rings. She joked, “So you think I would have known what I wanted.” Even though she didn’t have a clue about what ring she’d like, she said that James did GREAT and that her ring is beautiful - stunning even. The ring is an A.Jaffe duchess setting from the Modern Royals collection in platinum with a round stone. 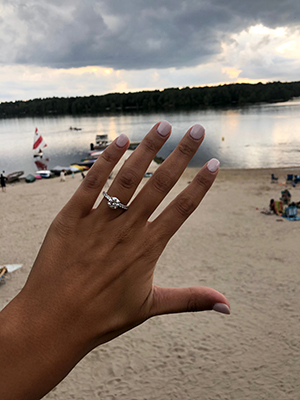 The future: Right now, Samantha and James are in the process of planning their wedding, with the hope of having it this upcoming summer: 2021. They are being flexible and just taking the time to enjoy each moment. Samantha said that her and James “can’t wait to see what the future holds for us!” Your colleagues at Gerald Peters can’t either. Congrats to the happy couple! 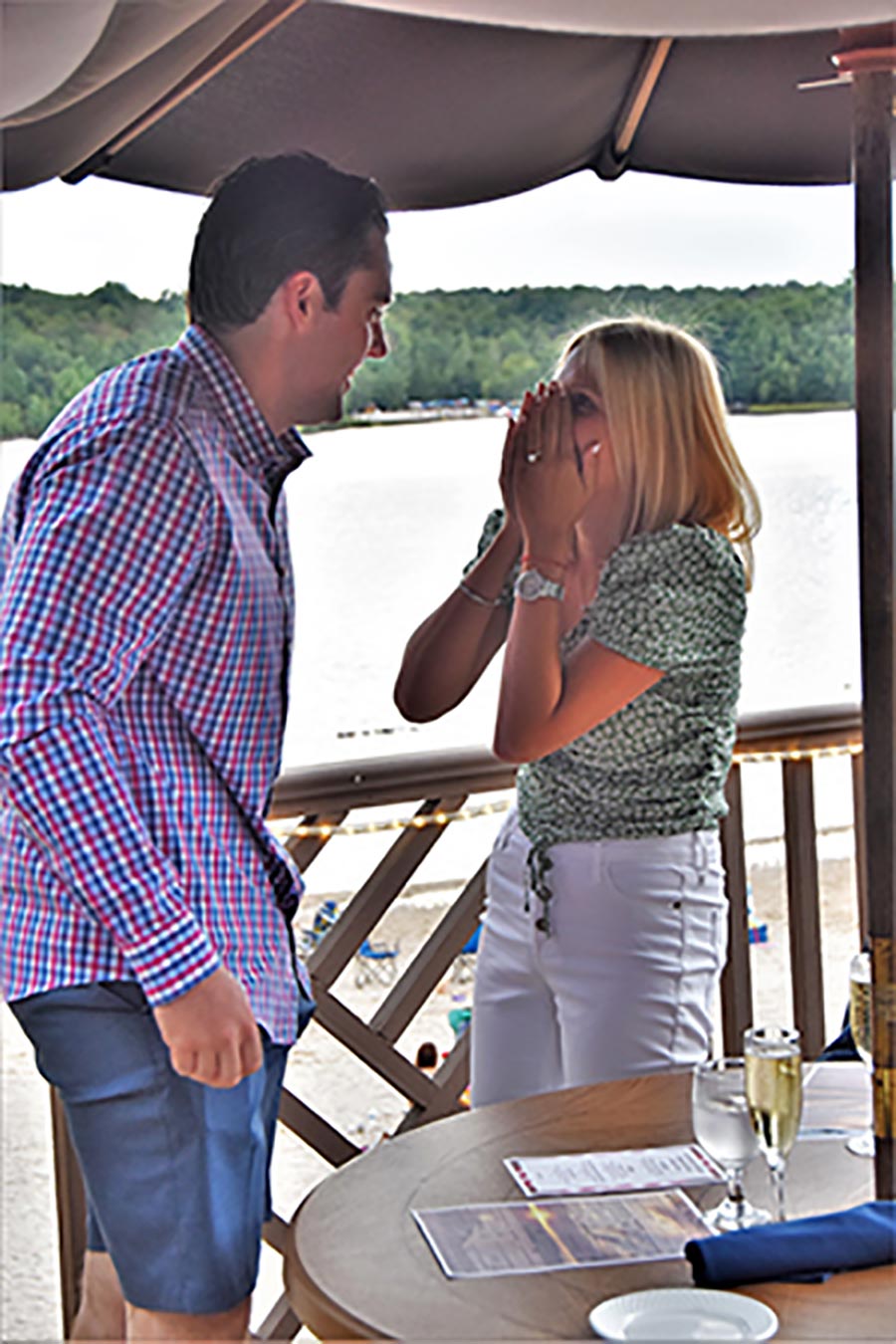