Kelly & Eric: The Story on the Beach 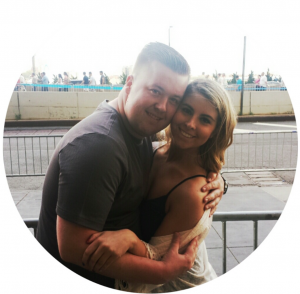 Kelly and Eric have been together around 4 years. The two never should have crossed paths, but when Hurricane Sandy hit, floods displaced Kelly's office. Because of this, she had to work in the hospital where Eric worked- proving that sometimes the even most unfortunate situations can lead to something great.

The Perfect Proposal, according to Kelly: 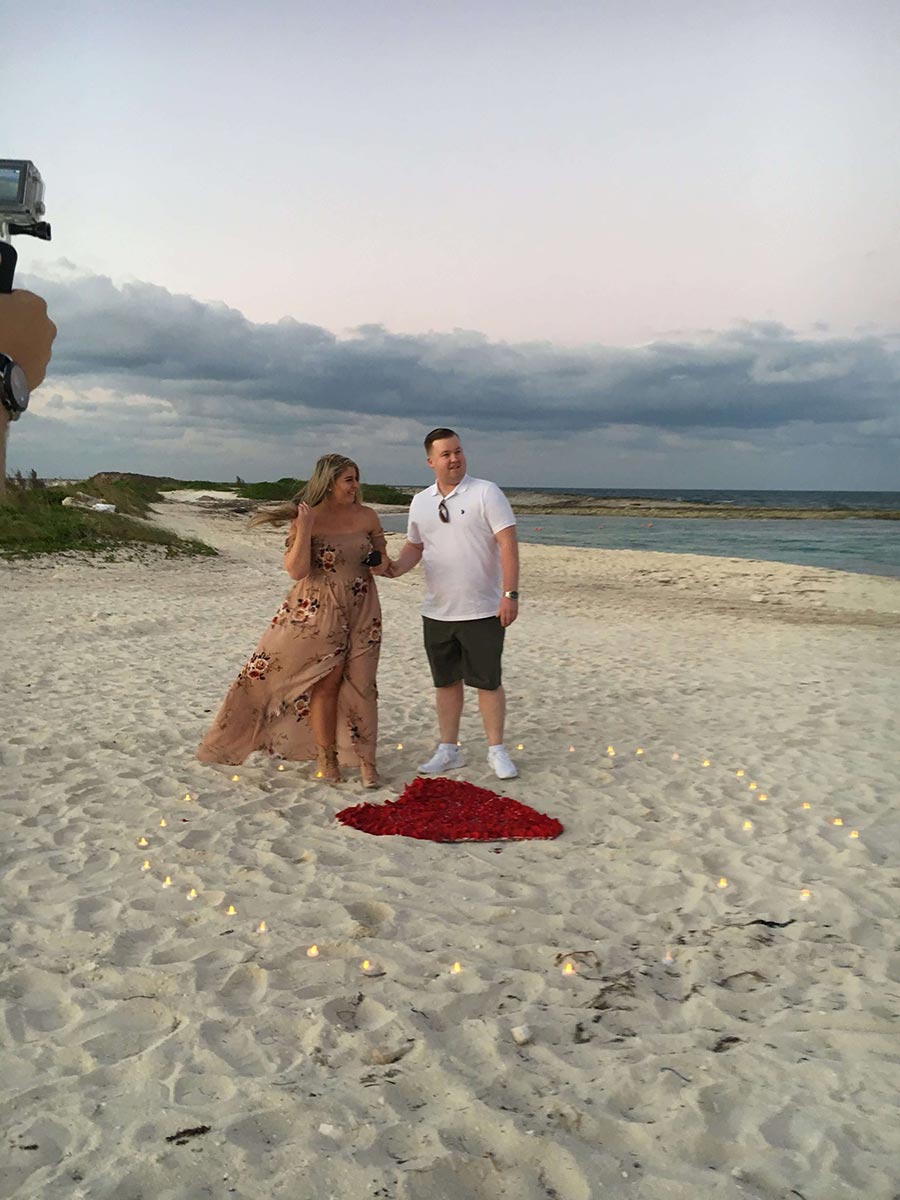 "In November, we took a trip to Atlantis in the Bahamas. Eric proposed on the first night of the trip. He secretly had rented a private beach area at the Cove at the Atlantis that night when I thought all that was going on was meeting my family, who was also there, for dinner.

We were running late and I only had 15 minutes to get ready for dinner, so when Eric started to detour from the dinner plans I got a little frustrated. I rushed to get ready thinking I was going to look terrible in all our family pictures and now he wanted to go wandering around to see what he said was â€˜something cool happening on the beach.'

I was wearing heels and we were getting lost- I had no idea how huge the property was until we did all that walking. We finally reach the part of the resort that Eric was looking for and we walked up a few stairs and I get a glimpse of flowers and candles on the beach. Eric walks me to the beach and suddenly I was standing in the center of a heart of rose petals and he got down on one knee and asked me to marry him. Obviously I said yes!

Before I knew it my family was there with balloons and a photographer and it was such an exciting moment (despite the fact that I was not at all prepared for a bunch of photos.) 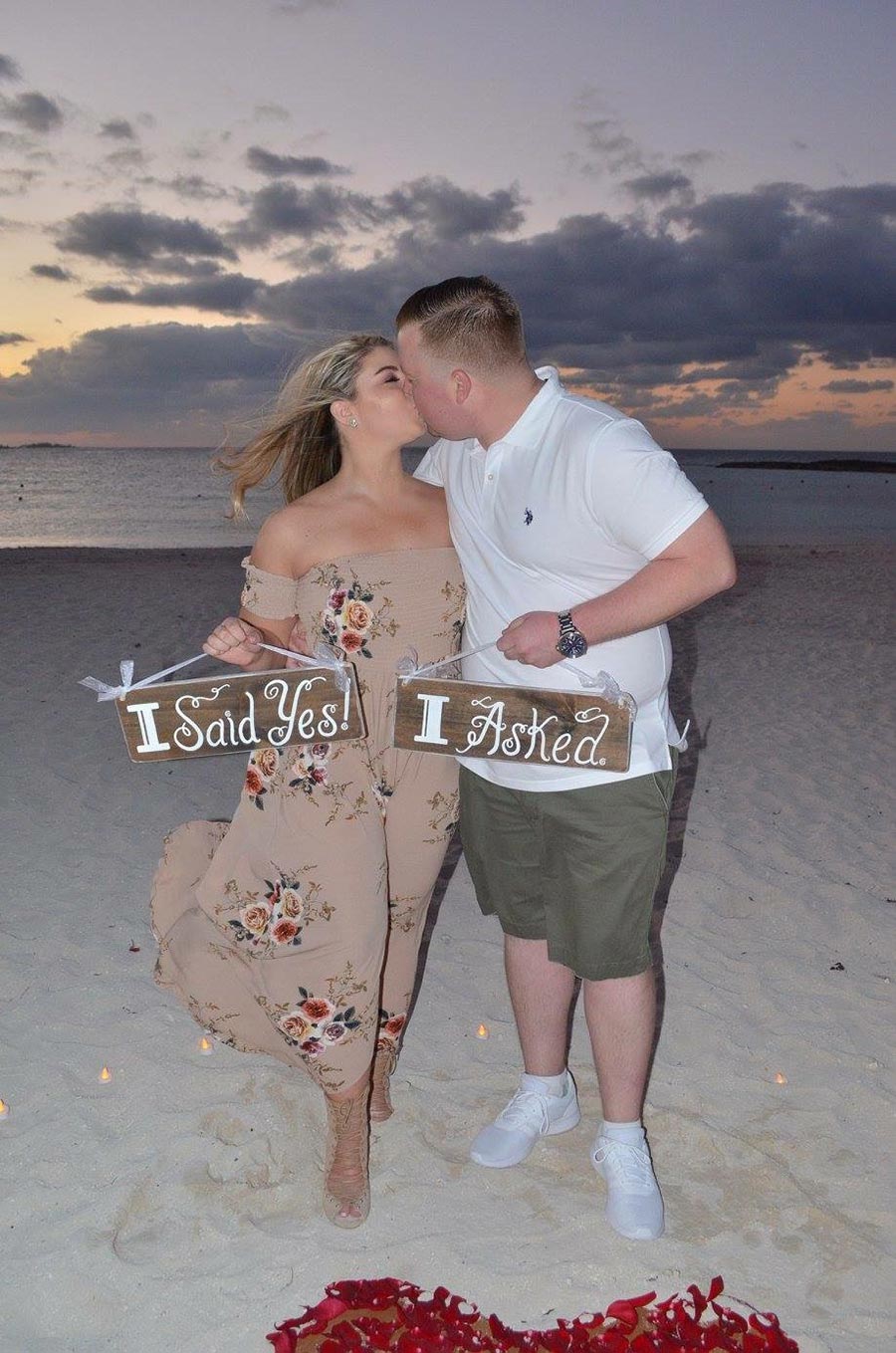 Obviously my entire family was in on it- they were all so excited to be there for that moment. My brother was acting like the proud parent taking tons of pictures on his GoPro. The next day we took even more pictures so that I wasn't rushed to get ready. It was definitely a vacation to remember." 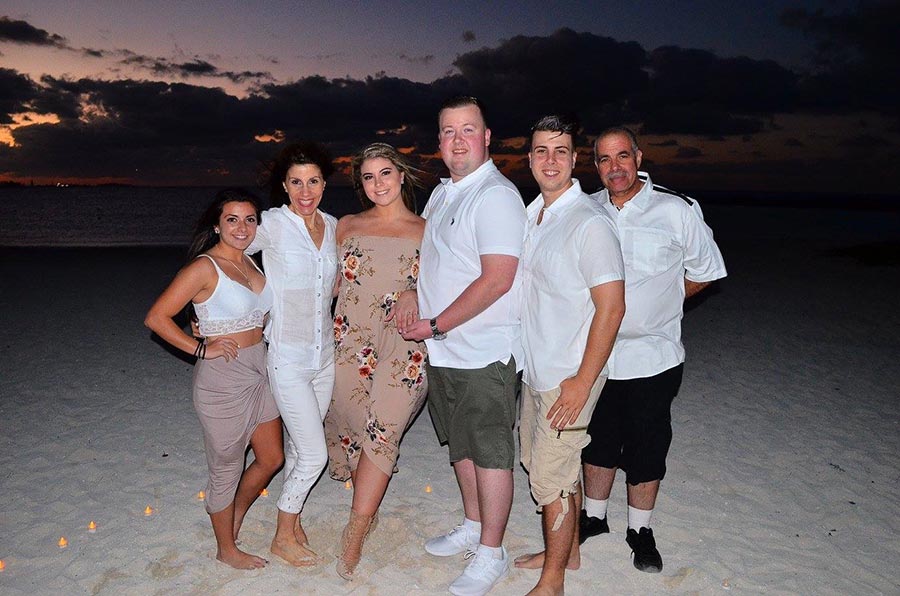 Kelly is "absolutely in love with her ring" and regularly stops by the store to have it cleaned. Eric knew exactly what kind of styles Kelly liked and with the help of Kelly's mom and Gerald, he totally nailed it with a beautiful white gold Gerald Peters collection traditional halo diamond band ring with a brilliant round diamond. 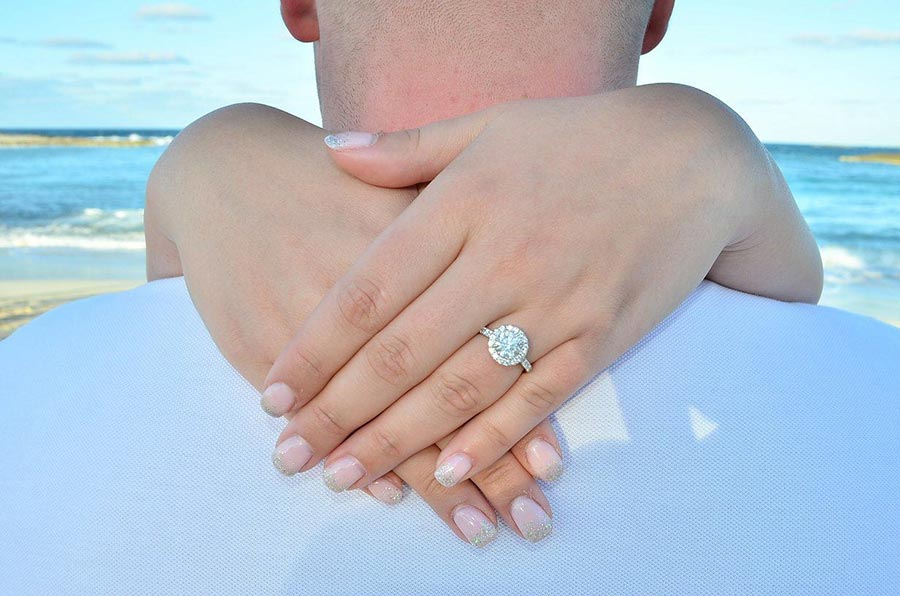 Kelly and Eric's first order of business is to celebrate their engagement with the rest of their family and friends at Arianna's in March. In 2018, they plan to have a destination wedding in Cancun. 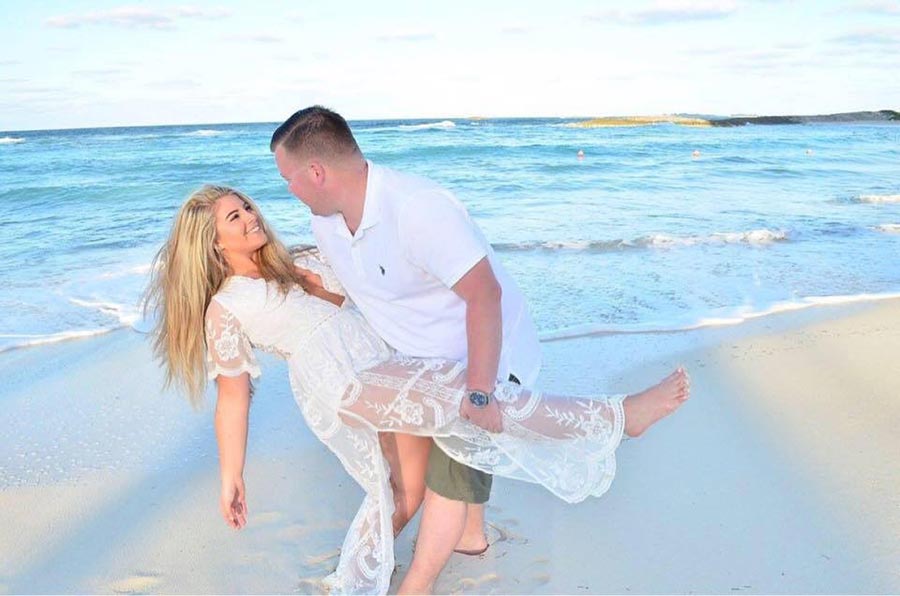