Sam & Robin: The Story at the Plaza 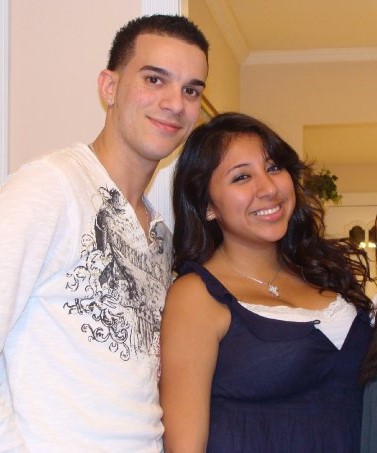 Robin and Sam's story began years ago at Robin's 18th birthday party. The two were introduced through a mutual friend and quickly became very close. Sam became a close friend not only to Robin, but to her sister as well as the rest of her family. Because of this close friendship, Sam and Robin had never really considered each other in a romantic sense… or so they thought. Friends organically became more than friends as Robin and Sam realized their feelings for each other. One fall night, Sam gained the courage to tell Robin how he truly felt, he took Robin out on a spontaneous date and their friendship would never be the same. Fast forward nearly seven years and we have a proposal most girls only dream about…

The Perfect Proposal, as told by Robin:

"It happened on January 8th- I was under the impression that I was going out for drinks with my supervisor and the director of events at The Plaza. Being that one of our clients was having their event at The Plaza, we decided to have drinks there so I could become better acquainted with the venue. While walking with my supervisor, the small talk seemed to be just a little off and so did the route we took to get there. I didn't really know what was going on but I could tell something was happening. We began to approach the fountain in front of the hotel which was usually busy but I only saw one person standing there. For a second, I thought it looked like Sam but I didn't even think twice about it because I already had plans to meet Sam elsewhere later in the evening. I turned back to my supervisor only to see that she was walking away in the opposite direction. I looked back and my heart dropped- the man whom I saw finally turned around and it was Sam. As we stood in front of the fountain, he smiled, lights were flashing everywhere and at that moment I knew. He proposed right there in front of the fountain- like a scene right out of a movie. Of course I said yes and within seconds I saw that my family was there too! It was a perfect moment. 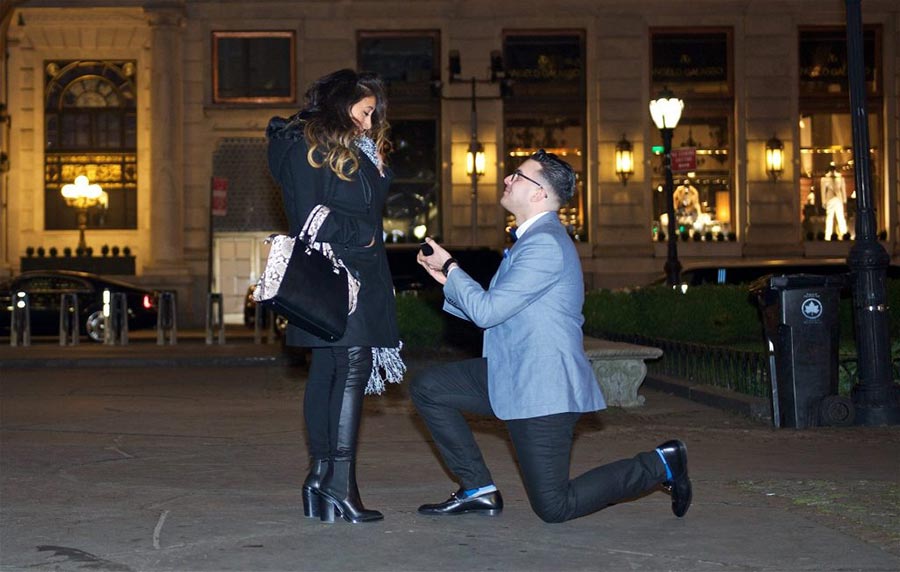 Sam then suggested we go into The Plaza- I was in such shock that all I could do was follow as he walked me into the elevator. I saw we were headed to the penthouse and I quietly followed, still unable to process it all. When we reached the top, I realized that everyone important to us was there to celebrate with a surprise engagement party! Even my family from Peru was there! The night couldn't have been better- I was engaged to Sam and we had everyone we loved there to celebrate this moment with us.

What really makes his proposal even more special was the history behind it. In high school, I did a school project about what I thought my life would be like as an adult. I envisioned getting married at my favorite spot- The Plaza. Some time back, Sam had been helping me on my computer and we came across the presentation. We laughed about it then knowing we (or any normal people for that matter) couldn't afford a Plaza wedding, but he said he knew from that moment he was going to take my high school dream and make it a reality with his proposal. 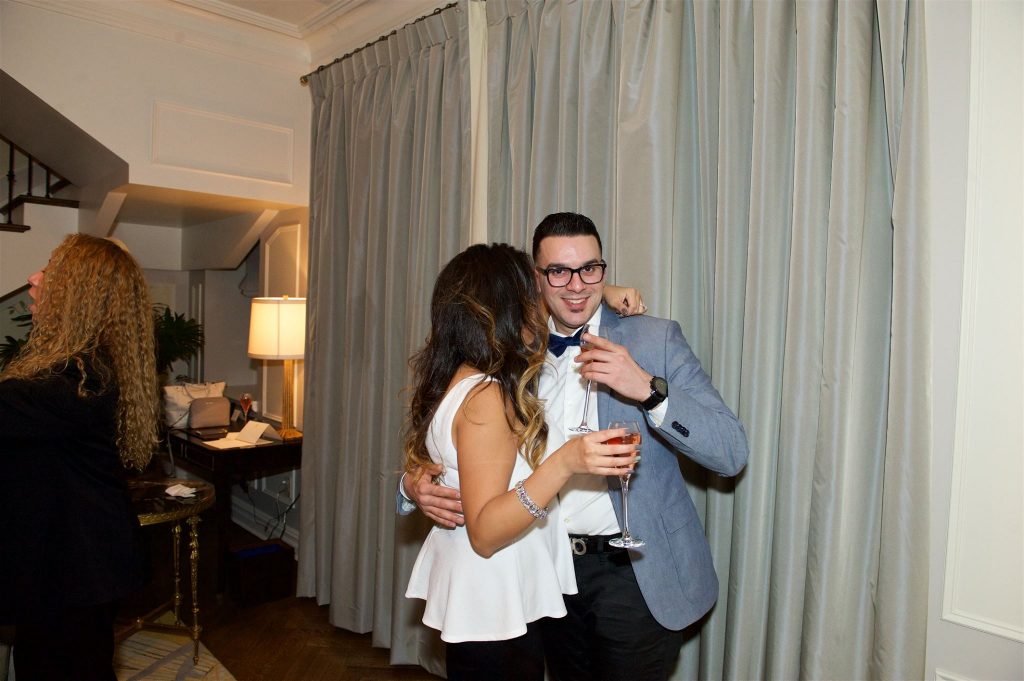 Though we were always very open about discussing marriage and engagement and knew that we wanted to be together, I was totally surprised when it happened. There was almost nothing that could've given it away. Looking back, I realize that I had been getting very few messages from friends that I talk to frequently but that was really the only hint towards so 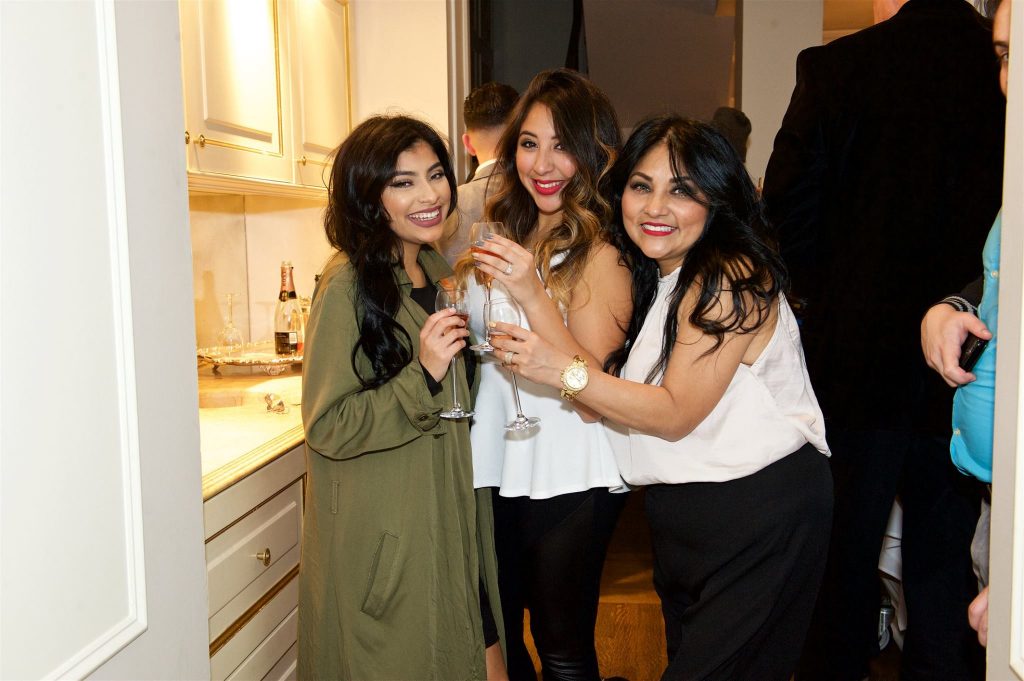 mething happening. How everyone kept it so secret was really crazy- everyone was in on it, even my supervisor at work whom I spent literally every day with. Sam had been planning with everyone for months in advance and I had no clue. The first time I might've thought I had an idea of his plans was back on Sam's birthday. I was throwing a birthday party for him in Hoboken and something just felt off. He told me that he was having dinner with his sister but once he came to the party, we had such a good night that the thoughts of something being off kind of disappeared. I found out after we got engaged that he actually took my parents out to dinner that night to celebrate our soon to be engagement and showed them the ring. Everyone who was in on it said it was so hard to keep it all a secret but the plan worked perfectly. My mom even brought me a bag with a change of clothes and my makeup so I could feel good and look fresh for the party. My mom made sure everything was going to be perfect for me and even insisted I let her paint my nails the night before." 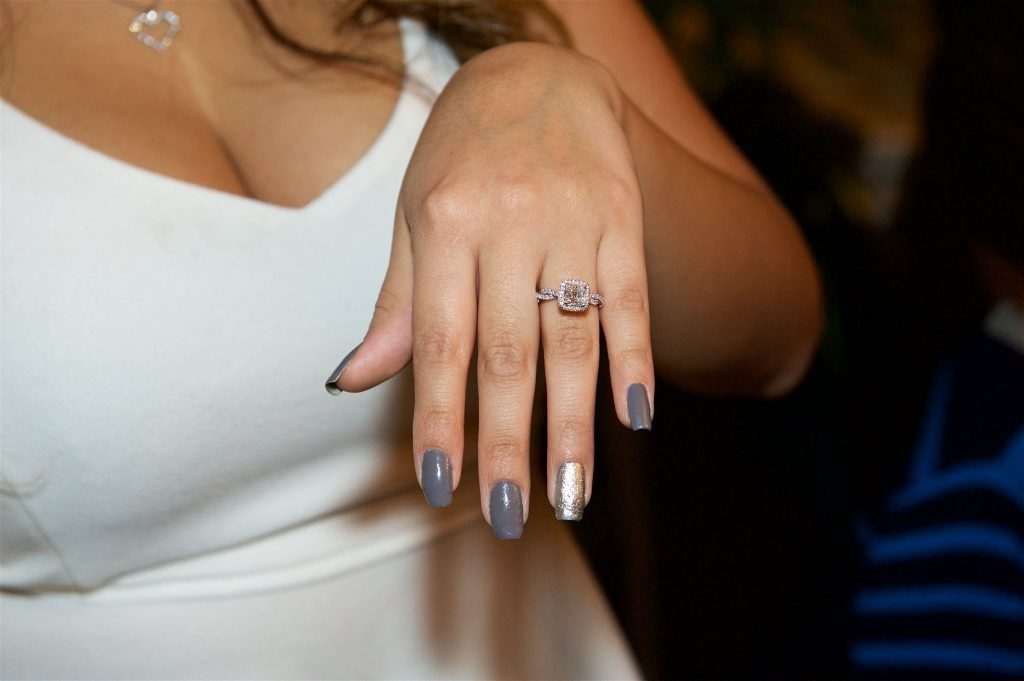 Robin now proudly rocks a gorgeous princess cut diamond, set in a halo on a white gold twisted eternity band. With all the excitement of the proposal and surprise engagement party, Robin could not fully appreciate just how beautiful her ring truly was until the next day. "After I woke up the next day and everything was over, I could finally take it all in. I looked down at my perfect ring and realized it was all real. Sam and I were engaged and I couldn't be happier!"

Robin's job as an event planner has had her plan countless weddings and parties (some of which had guest lists of over five hundred people) which is why she hopes to do something different for her own special day. She and Sam are avid travelers and plan to have a destination wedding in January of 2018. Having been on the planning side of weddings so many times, Robin has decided she wants her wedding to be more about enjoying the day and less about stressing over the details of an event- she can save her planning skills for her clients. They are excited to share not only their special day with their loved ones, but also their love of travel by creating a vacation for their family and close friends who will be joining them.