Stephanie & Andrew: The Proposal at the Park 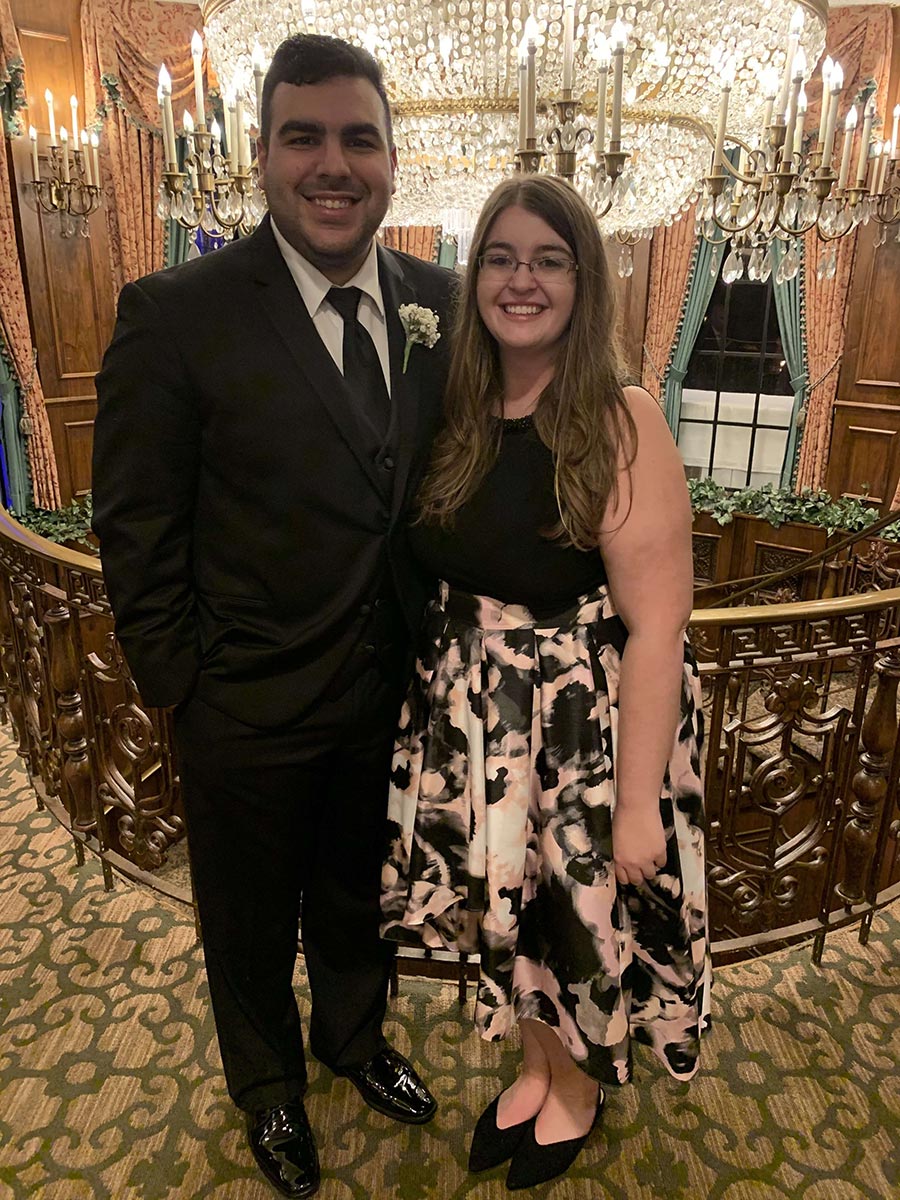 The beginning: Four years ago, in March 2015, Stephanie was finishing up her undergraduate degree at Wagner College and quickly realized that the traditional way of meeting someone was not going to fit into her hectic schedule. She decided to create a Tinder profile, hoping to meet someone who wanted to get to get to know her. Though living in Staten Island, Stephanie increased the distance on Tinder to see if there were any potential dates living in New Jersey. She and Andrew instantly matched, but little did she know she had just matched with her future husband! The two talked for about a month and a half and then decided to meet up in person. Andrew made the decision to drive to Staten Island, even paying the $15 toll at the time. He and Stephanie went to the Marina Grand and, over a bottle of wine, got to know each other. She knew Andrew was special when she quickly glanced at her phone and noticed that three and a half hours had passed by. They even cleared out the entire restaurant! For their second date, Andrew showed up with red roses. At this point, Andrew had won Stephanie's mom over. She loved him already! After a few amazing dates, Andrew asked Stephanie to be his girlfriend, and she exclaimed that "it has been an incredible adventure ever since."

Andrew crossed the Outerbridge a few times a week (sometimes even four times in one day!) to go see Stephanie while they were dating. After three years, Andrew decided to take a huge leap and move to Staten Island. During these past four years together, Stephanie has earned her undergraduate and master's degree in Education from Wagner College and has begun her teaching career as a Special Education teacher. Andrew works in hospitality and has grown tremendously professionally. He is currently the Digital Sales and Marketing Manager at a hotel in Manhattan. Together, the two have shared many memorable moments and even have a few traditions for each season. In winter, they love spending a night being tourists in NYC whereas spring is their favorite time to visit zoos, Grounds for Sculpture, and to go on picnics. In summer they love heading down to the beach, the lake, and Dorney Park. Fall consists of apple picking, pumpkin picking, and their new favorite activity: a llama hike. Though soulmates, they are complete opposites when it comes to sports. Stephanie loves the Giants while Andrew is a Patriots fan. Her family loves the Yankees while he loves the Red Sox. When it comes to sports, they are in constant competition. Both Stephanie and Andrew value family over everything so despite the competiveness, they love any time they get to have a DeFilippi-Soares outing. It is always a great time when they are together as one big happy family. Stephanie says, "I guess you can say it was love at first swipe!" 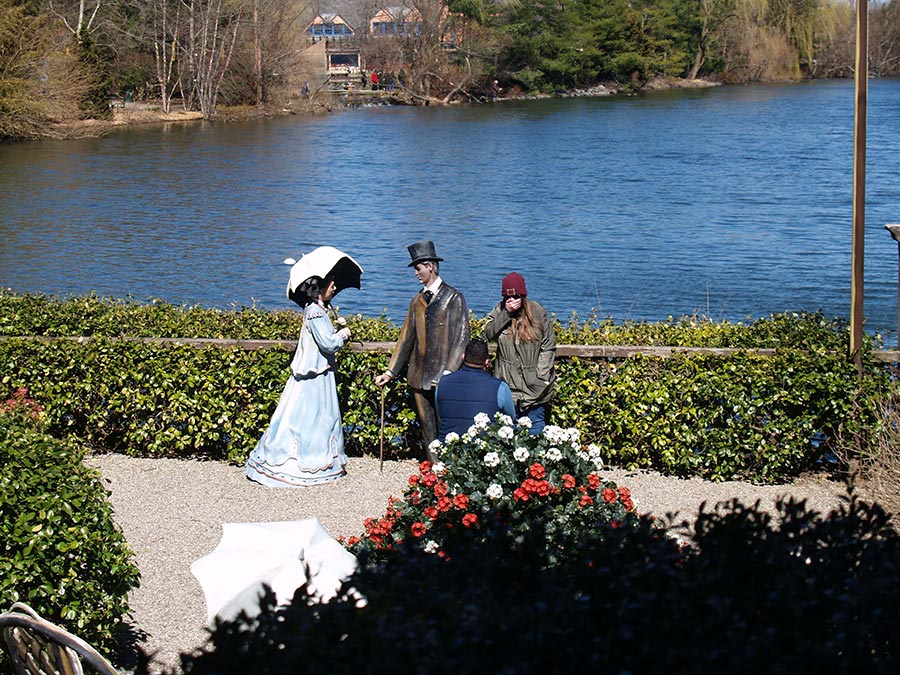 The Perfect Proposal, according to Stephanie: "Andrew proposed on March 23, 2019. I bought Andrew tickets for a WWE show the night before and he decided to treat me for dealing with that to a spring flower tour at Grounds for Sculptures in Hamilton, NJ. We found out that the tour was sold out but still decided to go to the museum. When we got to the grounds, we walked around taking in all of the sculptures and paintings. It was a beautiful day out, so we took our time. We have been there before but missed an entire section last time, so we stayed on one side of the grounds. We got to one side of the park and I saw Andrew hiding behind a tree on his phone. It was also one of the final games of his Fantasy Hockey Tournament so I distinctly remember me saying, â€˜You better not be checking those scores!' (little did I know the greatest moment of my life was about to happen). We kept walking and we ended up near the water, one of our favorite spots last time. He told me he wanted to take a picture of me gazing out into the water and I thought he was crazy because that is not something we usually do. Once I was facing the water, I knew something was up but did not even think about what was going to happen next. I turned around and saw him on one knee. He said a beautiful sentiment about our love story and finally asked me to be his wife. I was in shock and could not stop shaking. I even forgot to give him my finger after I said â€˜YES!' Then out of the trees popped our parents and my brother, Chris, with a bottle of champagne! It was so incredibly special for them to witness the moment…I later found out Andrew was planning the entire proposal for MONTHS, texting, secretly meeting, and planning with them. We spent the rest of the day walking around the grounds and later went out to eat dinner. The day didn't stop there because Andrew surprised me, again, with all of our friends for yet another celebration. It was the most exhausting day but the good type of exhausting. I am even smiling ear to ear reliving the moment."

The ring: The ring Andrew selected is a Gabriel & Co. setting with a gorgeous oval diamond in the center. Stephanie says that the ring is "beautiful to look at all different angles." 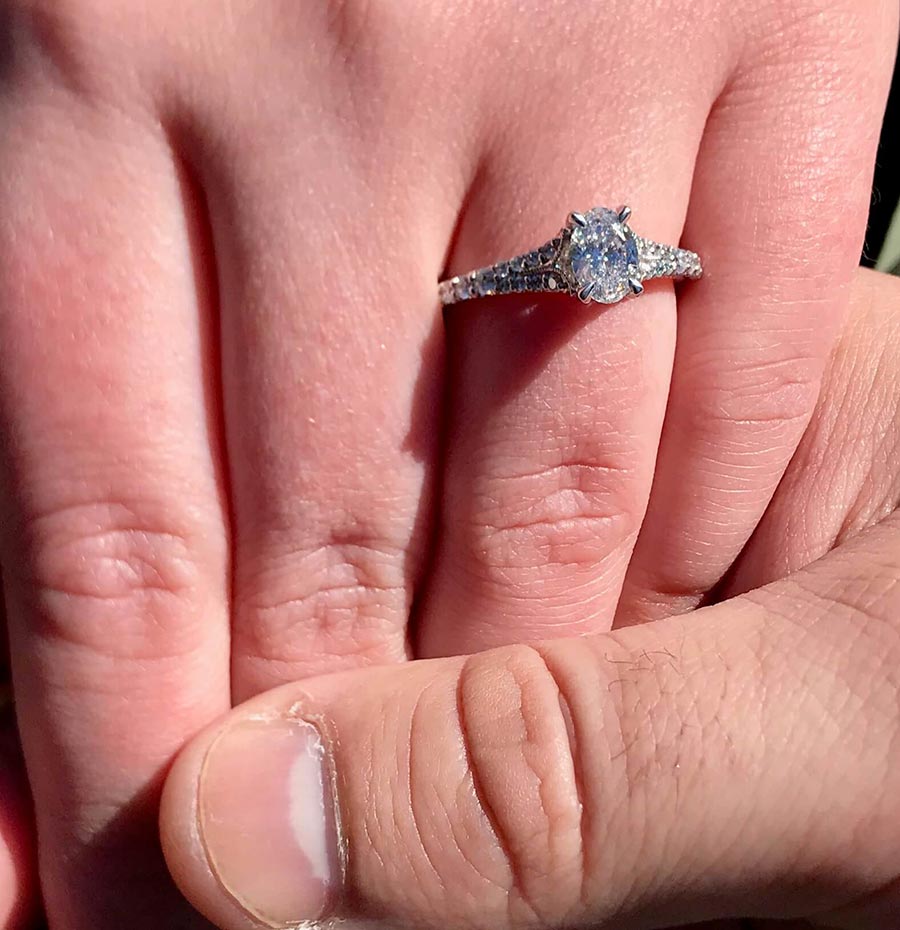 The future: The couple's wedding date is a very special one. Both of their parents were married a day (and year!) apart, and Stephanie and Andrew feel lucky to be able to continue this special tradition. Their wedding date will be October 23, 2021, with the ceremony taking place at the Cathedral Basilica of the Sacred Heart in Newark, NJ. The two are still searching for the perfect venue for their "Big Fat Italian-Portuguese wedding!" Happy planning you two! 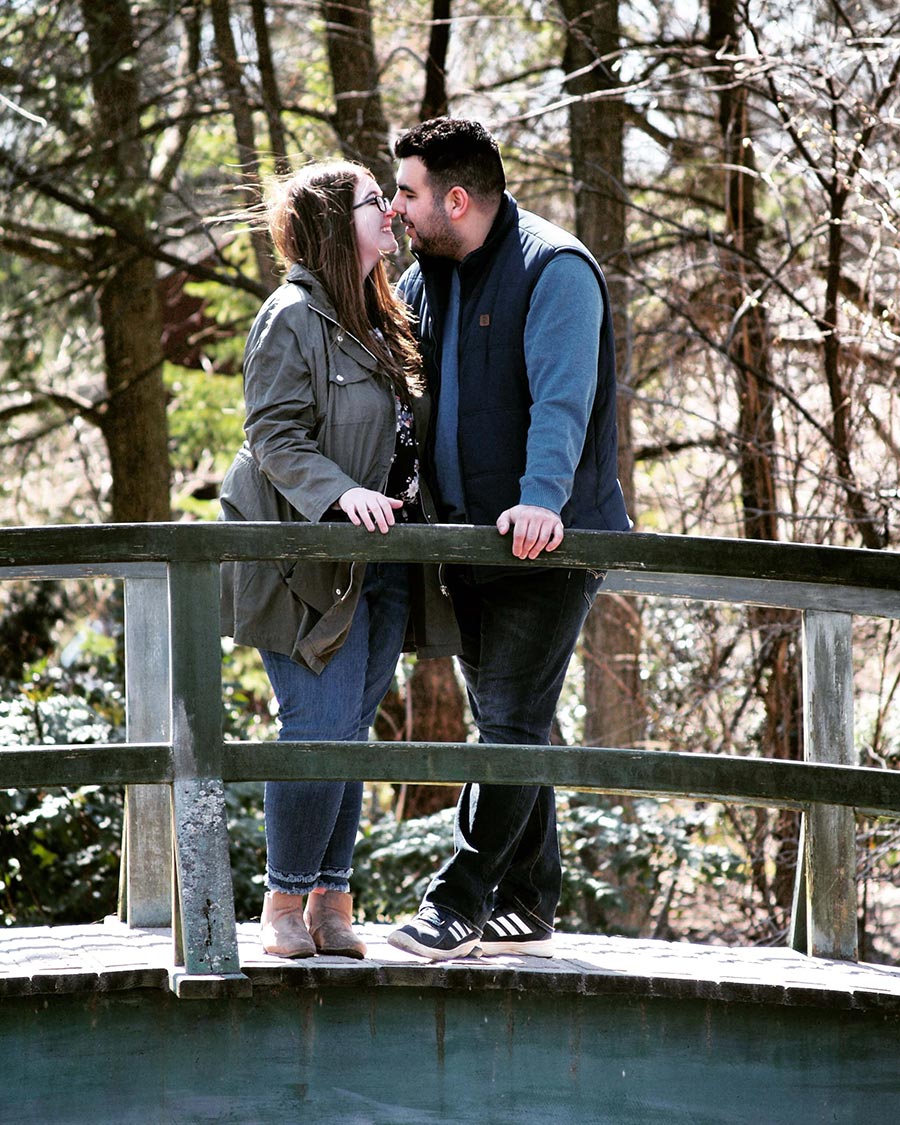